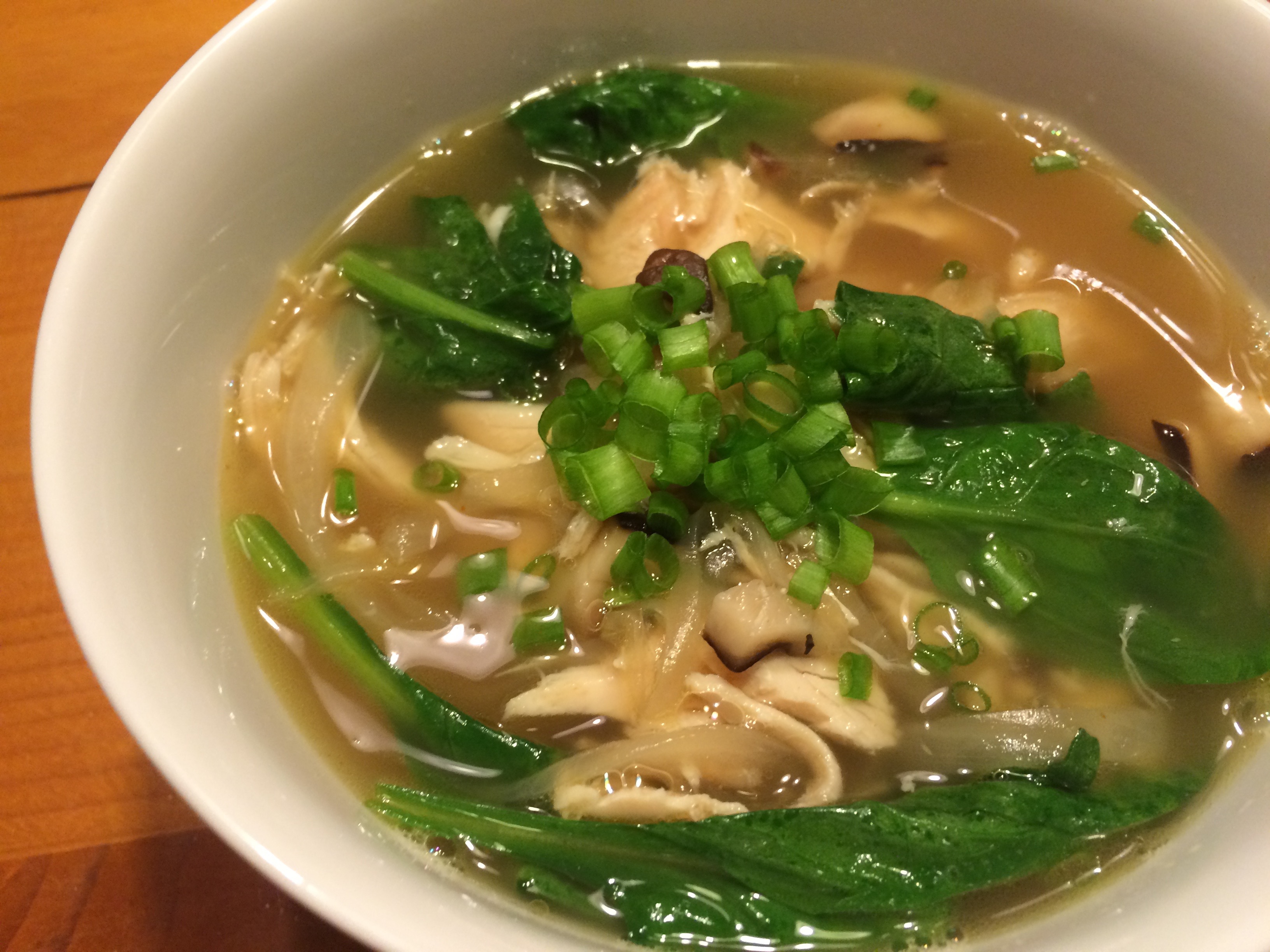 Print Recipe
Weeknight Spicy Chicken Soup
As the weather cools, we start eating more and more soups. I would never have tried this without the urging of J. It doesn't sound delicious.  Plus when he told me it was a Bon Appétit recipe, I thought it would be way too complicated and complex. Turns out, it's super simple and  does taste delicious. It's definitely a new favorite. We've used leftover turkey and rotisserie chicken and both have been wonderful. The recipe says it serves four, but it can stretched to serve more, or cooked down longer to serve less.
Ingredients
Instructions
Recipe Notes

My opinion:
That's it, really. It takes a total of between 15 and 20 minutes to prep everything and about 40 minutes to cook per the recipe.  This recipe is easy enough to be a weeknight dinner. If you let it cook down longer or reheat it for lunch the next day, the flavors intensify and meld together even more. If I am planning to eat it the next day, I leave the spinach out and add it in right before eating.  I adore this dish! 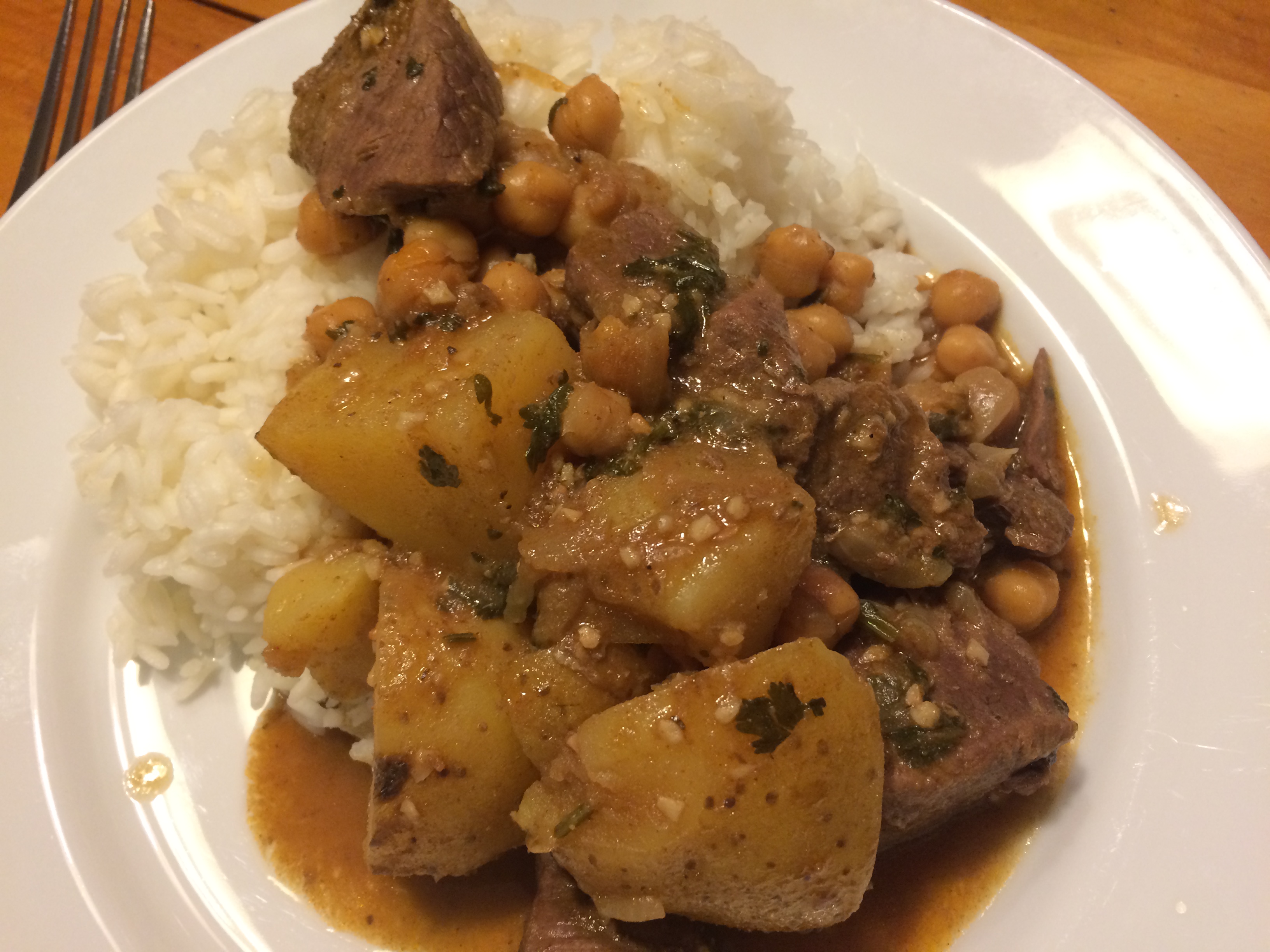 One of the hardest parts about giving up six main food groups and items for baby A (she has protein digestion issues so I’m not eating dairy, wheat, eggs, fish, soy or peanuts) is finding quick, easy weeknight meals. Through a lot of trial and error, J and I have learned that some meals that look easy aren’t and some that look time-consuming are actually simple. This is a simple one. We’d put off making Lamb Tagine with Potatoes and Chickpeas from Williams Sonoma because it looked complicated. We were throughly surprised to learn it was easy and perfect for a busy weeknight.

My opinion:
I LOVE this dish. It’s flavorful and warming and just delicious. It’s as good cold as it is right from the stove. 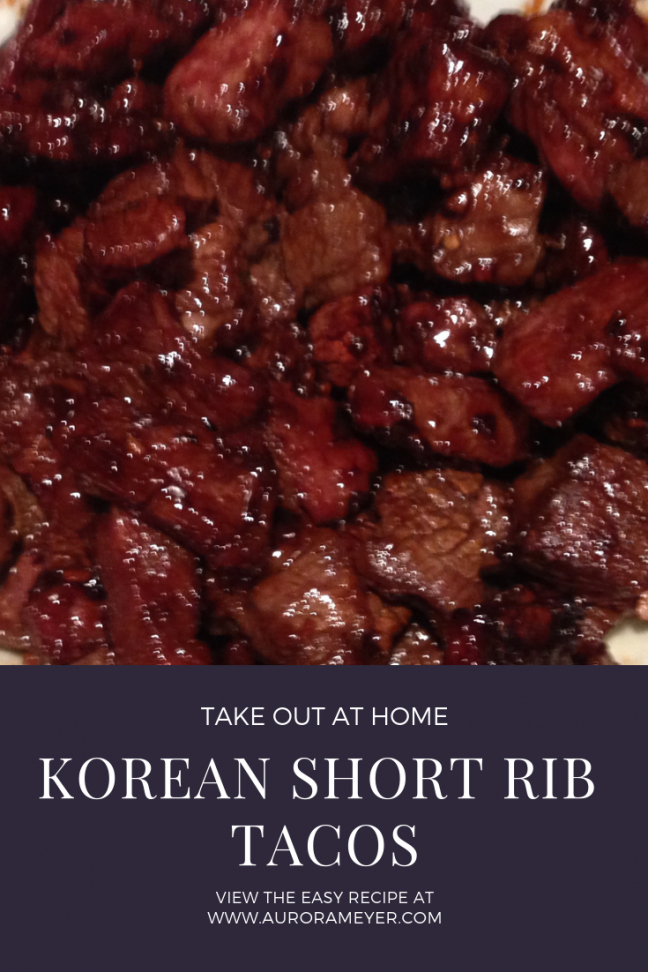 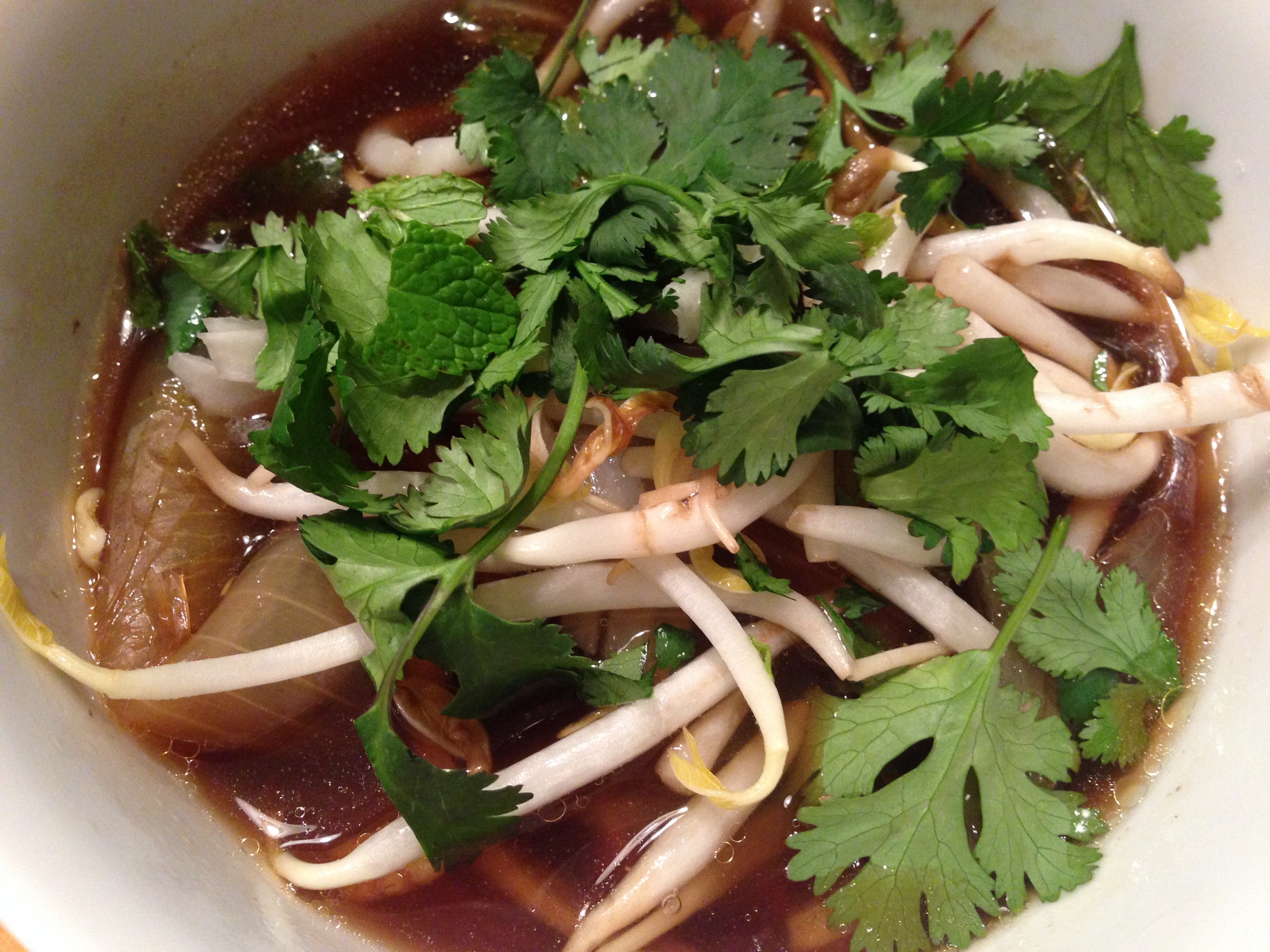 The more J and I cook at home, the more we find amazing recipes of meals we once thought were super complicated and therefore only available in a restaurant. Pho is one of those dishes. With the complexly deep flavors and food coma-inducing warmth, we were sure we couldn’t make it in our own kitchen. We were so wrong. J found this recipe from Sarcastic Cooking (love!) and it was dead on. We adjusted a few things to our taste and suggest you do too. 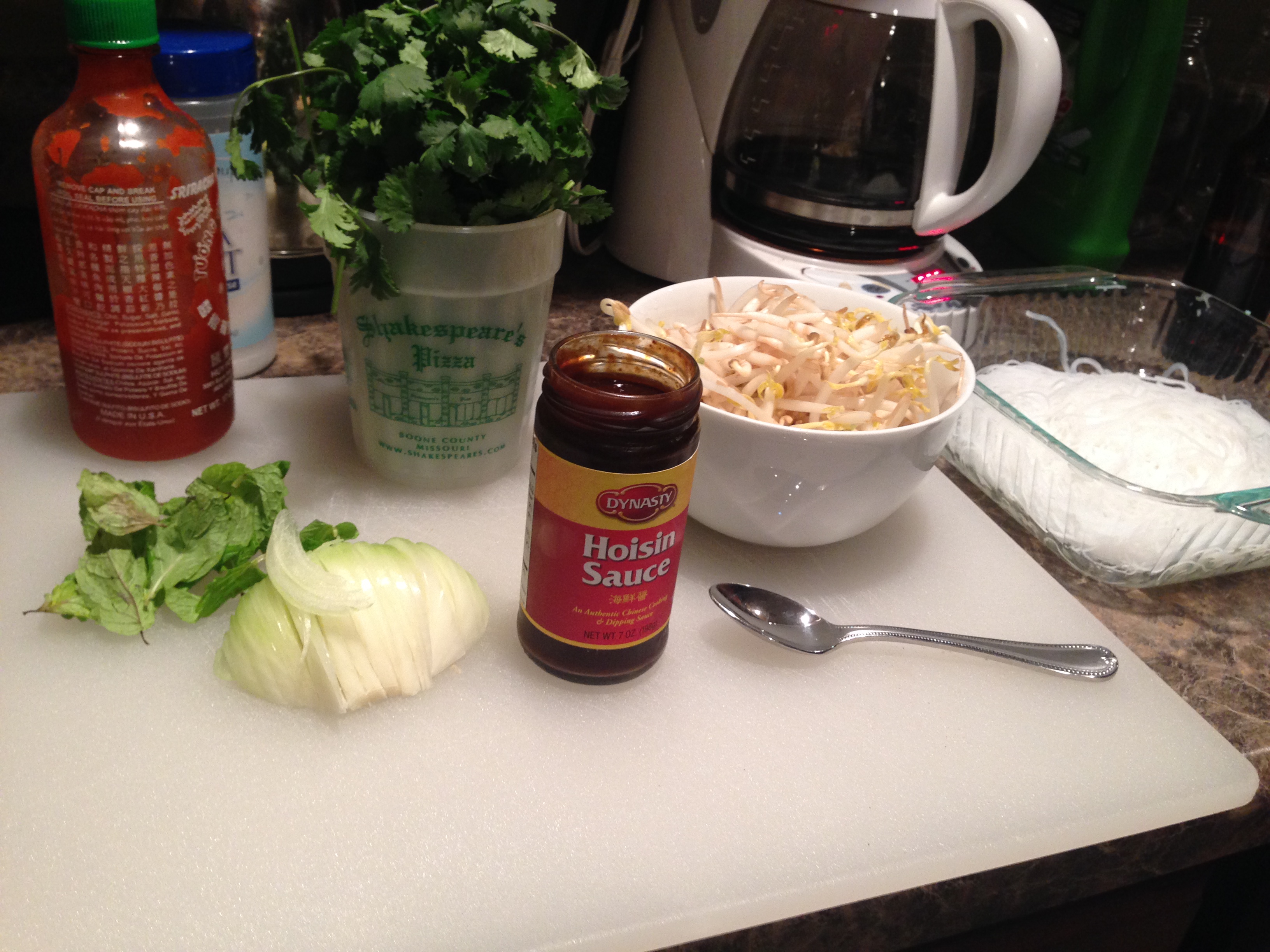 My opinion:
This makes a lot. Enough for three of us to have two large bowls each and quite a bit leftover. It’s in the freezer waiting for one of those cold, rainy late fall days when soup sounds best. I love this dish. I couldn’t eat it fast enough.

We’ve been on a shrimp kick again. Only this time, we’re eating more than just the sriracha shrimp. J bookmarked this recipe on a wonderful recipe finding site, Big Oven. So far almost every thing we’ve made from the site has been delicious. While at first glance this dish may seem time and labor intensive, it isn’t. The key to making it a weeknight meal is to have the ingredients ready to go.

Ingredients:
2 pounds jumbo shrimp shelled
5 stalks scallions finely chopped (more works too!)
8 cloves garlic, minced
5 slices ginger root finely chopped (we grated it, it was easier)
2-3 pods dried red chile peppers crushed (in a pinch you can use red pepper flakes)
Sauce
1/2 cup Ketchup
1 Tbsp cooking sherry (this is a bit salty in my opinion, we usually use regular sherry)
1 Tbsp vinegar
1 tsp sugar
1 tsp soy sauce
1/2 tsp salt (if using cooking sherry, omit this!)
4 tablespoons cooking oil (you might need more or less depending on the oil you use. We found with sesame oil, it absorbs fast, but tastes the best!)
cornstarch about 2/3 of a cup should be enough

Directions:
Put the cornstarch in a zip top gallon sized bag. Dry the shrimp with paper towels and put into the cornstarch bag. Shake. Pour about an inch of cooking oil in the bottom of a wok. Deep fry shrimp in batches until pink and slightly golden. Remove shrimp to a separate plate covered in paper towels. Ladle a bit of oil from the wok to a non-stick skillet. Heat and add scallions, garlic, ginger, and chile pepper mix in the oil until fragrant, about one minute. Pour sauce ingredients into the skillet, stir until bubbly. Return shrimp into the skillet, mix well. Serve over a bed of rice.

My Opinion:
This dish is perfect for a hot summer night. It’s delicious and sweet and spicy and a touch sour. We’ve added a diced onion into the scallion mixture and it was wonderful. We’ve added broccoli into the sauce and it was fantastic. This might just be in my top five favorite meals. So good!