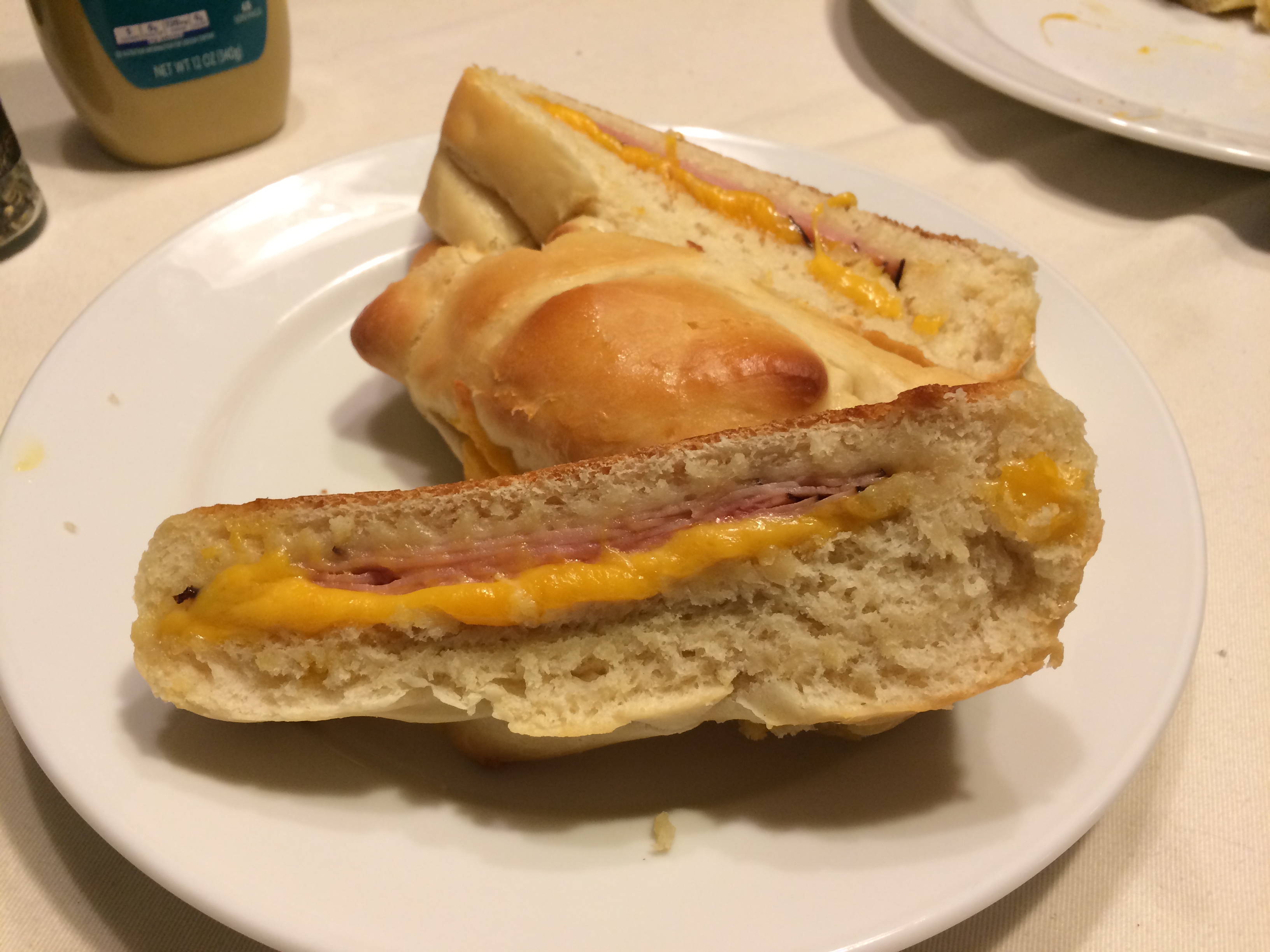 My mom used to make this when my sister and I were little. It was one of our most favorite dishes. Apparently, it’s also pretty easy even if you make the bread from scratch, but let’s be honest the frozen works just as good and is so much less time-consuming!
Print Recipe
Servings 8 slices

My opinion:
Just like mom used to make! Mine never looks as pretty as hers does, but it tastes just as good. I can't wait to introduce this to my daughter for school lunches in her future. Some people like to add a little mustard, but I'm a purist and like it plain.
Tried this recipe?Let us know how it was!
. 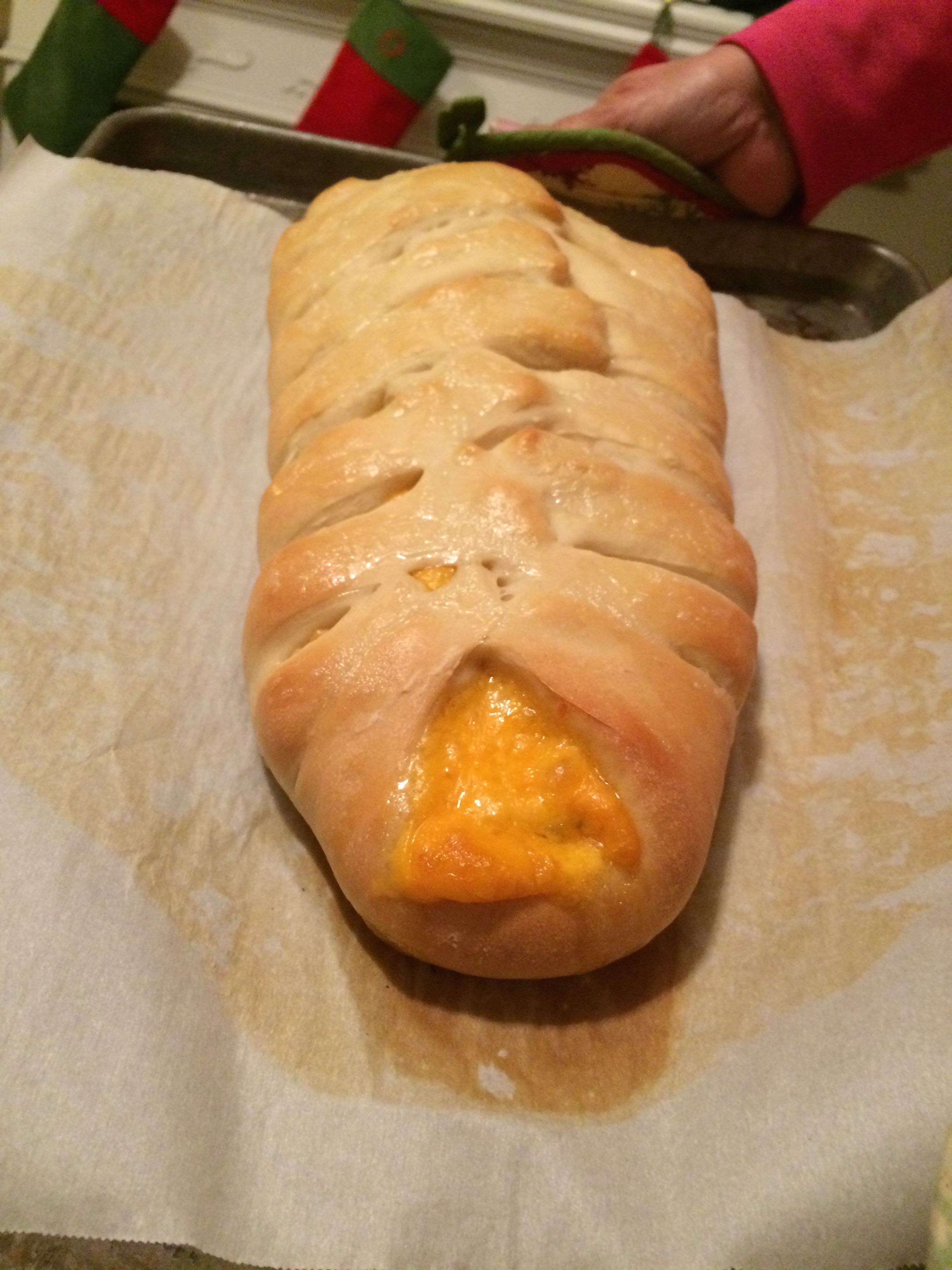 Seriously. You might think no one is going to eat that Lean Cuisine that’s been in the freezer for three months, but the second you eat it, that person will go looking for it. Guaranteed.

If this weren’t common office behavior, then the site reference above wouldn’t exist. The tag line for those awesomely gross sandwich bags is, “Are you sick of having your lunch stolen by coworkers or roommates? Disguise your sandwich to look spoiled and moldy! No one will touch it! Finally! A solution for those thieves that lurk in your office or your room just waiting to devour your perfectly made sandwich. With these bags (box comes with 25), you’ll be able to effectively deter any attempts on your lunch’s life. Bags are food safe and recyclable. Fits most sandwiches.”

As one faithful reader put it, “There will always be one or two people who eat other’s food, marked or not. Lunches and other food items go missing and usually no one seems to know where they go. Kind of like socks.”

Do not under any circumstances take a bite out of the crab cake and then hide it in the back. Do not eat the tub of ice cream that your officemate was saving for the intern’s birthday. Just don’t. If you didn’t bring it or didn’t buy it, then it isn’t yours.

Our culinary tour through Asia continues with this dish. Easy enough for a weeknight meal, there was more than enough left for lunch the next day.

Directions:
Marinate steak for at least 15 minutes, longer is better.  Add oil to hot wok. Stir  fry garlic, ginger and scallions for 30 seconds. With a slotted spoon to reserve the marinade, remove half of the meat and stir fry for 3 minutes.  Remove and set aside. Repeat with remaining steak. In the same wok, add oil and stir fry the onion and green peppers for 2 minutes.  Push vegetables to sides of wok.  Add marinade to center of wok and stir until thickened and bubbly. Blend in  vegetables, add steak and heat thoroughly (about 5 minutes).

My opinion:
The right blend of savory and sweet, this dish is lovely with a side of jasmine rice.

Modified from this recipe on Big Oven.

As we’ve previously discussed going to lunch with the boss, I thought it appropriate to discuss lunching with co-workers.

Personally, I prefer one on one co-worker lunches. It’s less intimidating and there’s no question of does John get along with Jane or vice-versa.

Initially, I don’t really mention anything about the office. I use the time to get to know the person outside the workplace. I’ve found some amazing friends this way.

Ultimately, the conversation usually does drift to the office, office gossip and office politics. While I don’t advocate using this type of conversation as a litmus test for your personal views, it is an opportunity to get another person’s perspective. But tread carefully. There is potential for this to come back to haunt you.

It’s probably the journalist in me, but I tend to let the other person steer the conversation and set the tone. I try not to say anything I wouldn’t say to my boss’s face. This is a good policy and it has worked well for me.

Obviously, the more you lunch with the same person, you can relax this a little, but I would never suggest saying anything you wouldn’t say directly to your boss.

The potential sticky situation exists when lunching with a member of the opposite sex. I’ve found just using good judgment and being honest keeps this from being a problem.

Do you have co-worker lunch policies?