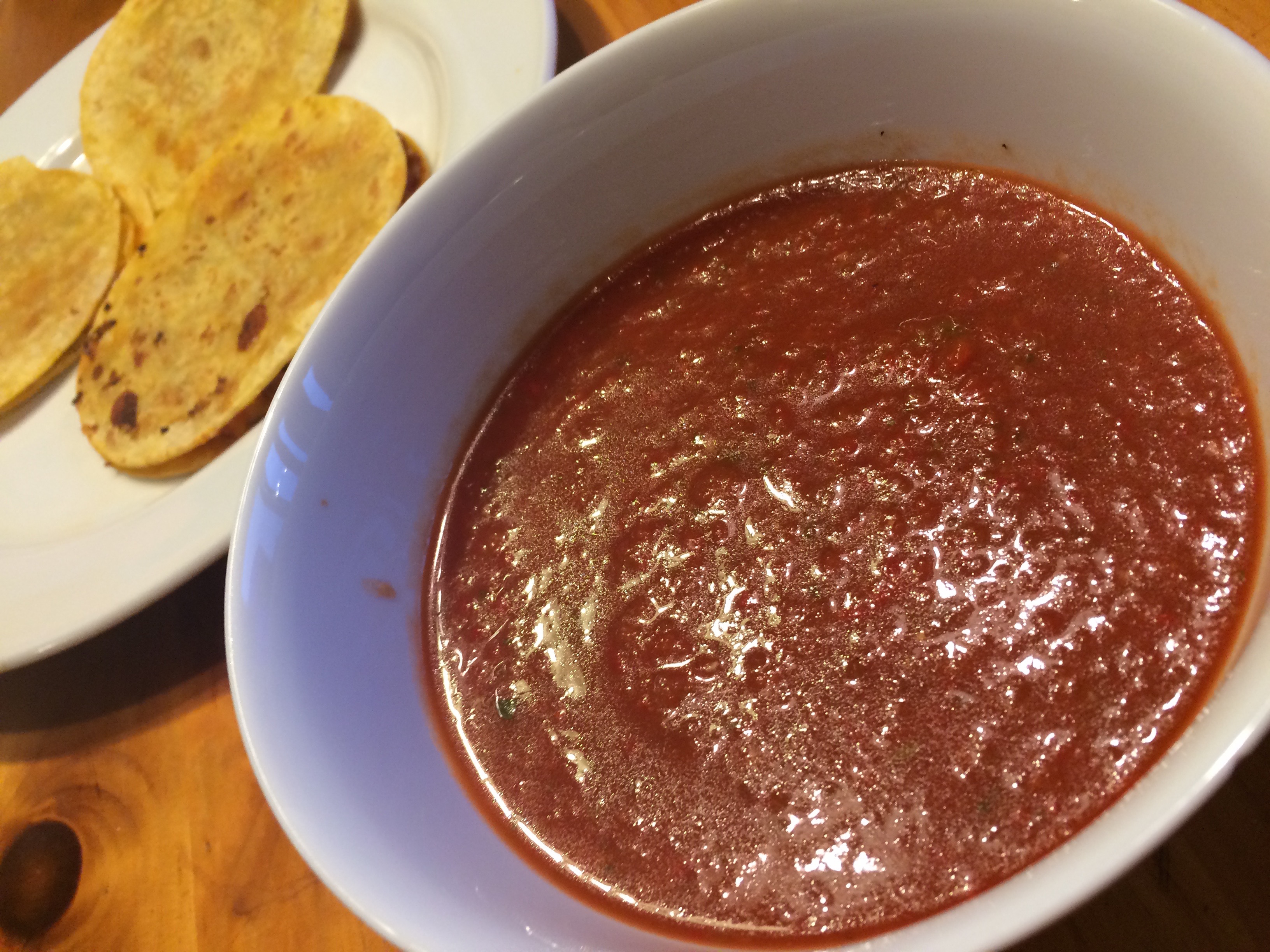 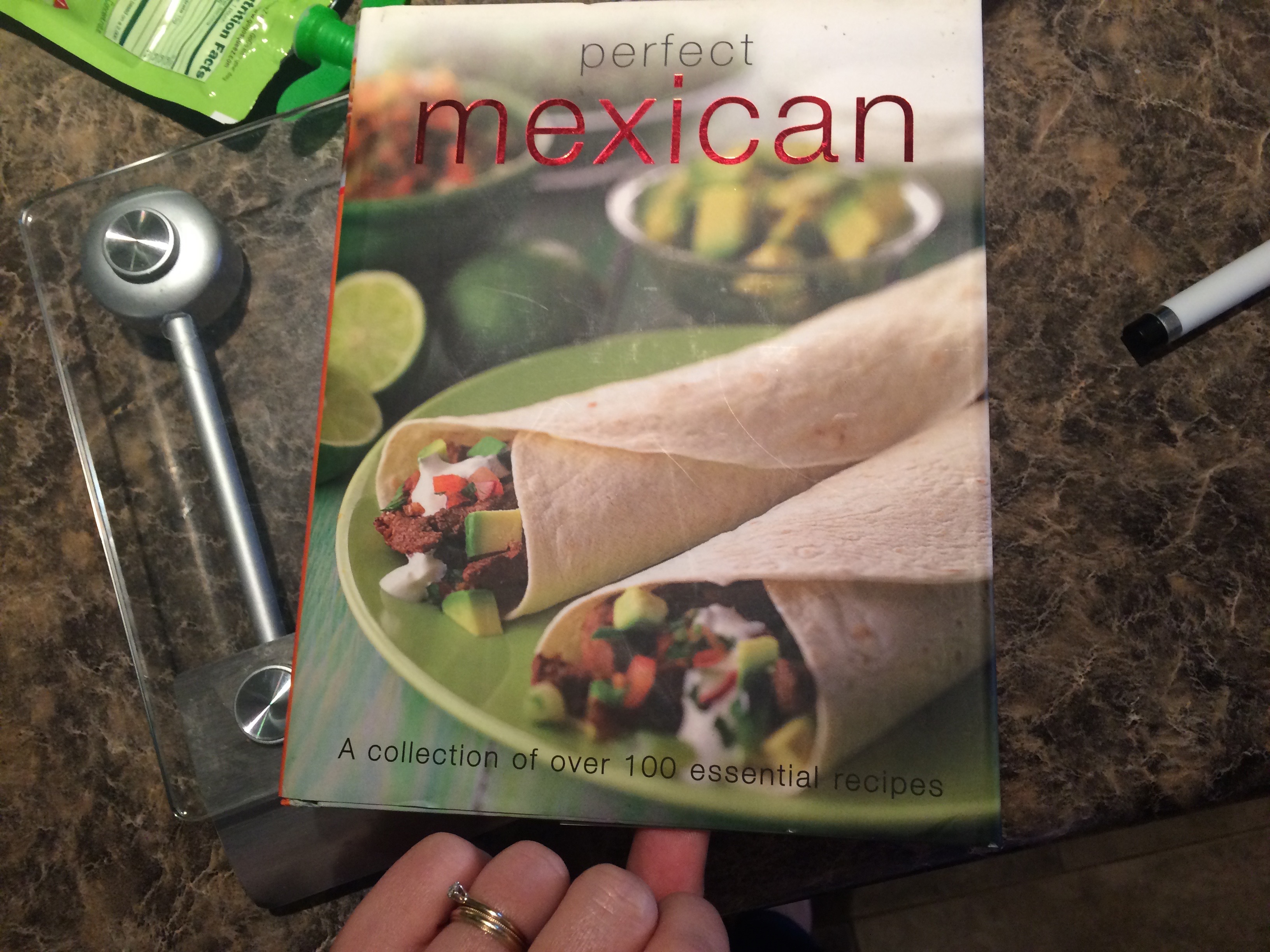 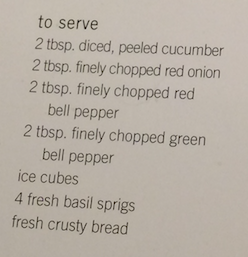 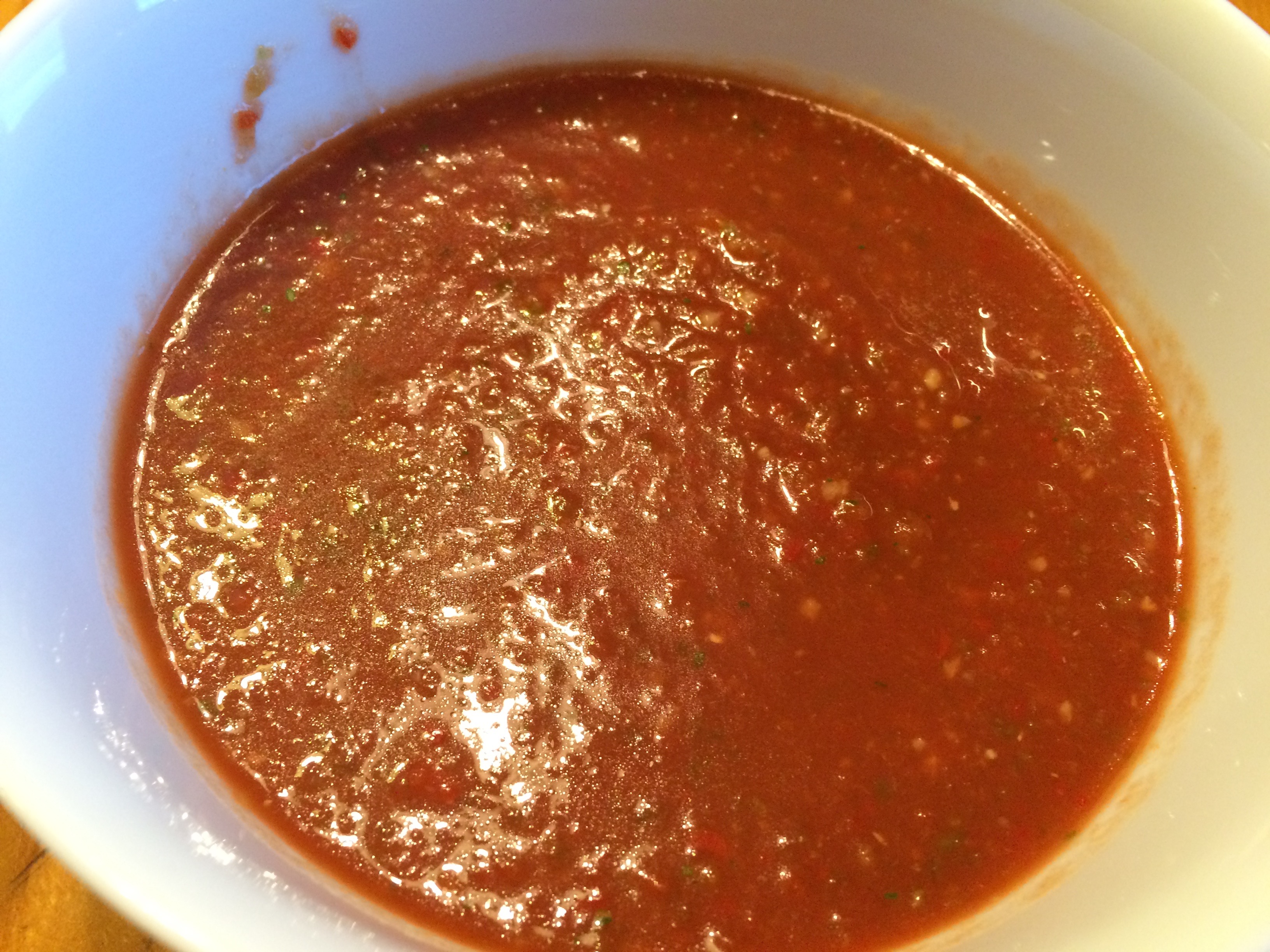 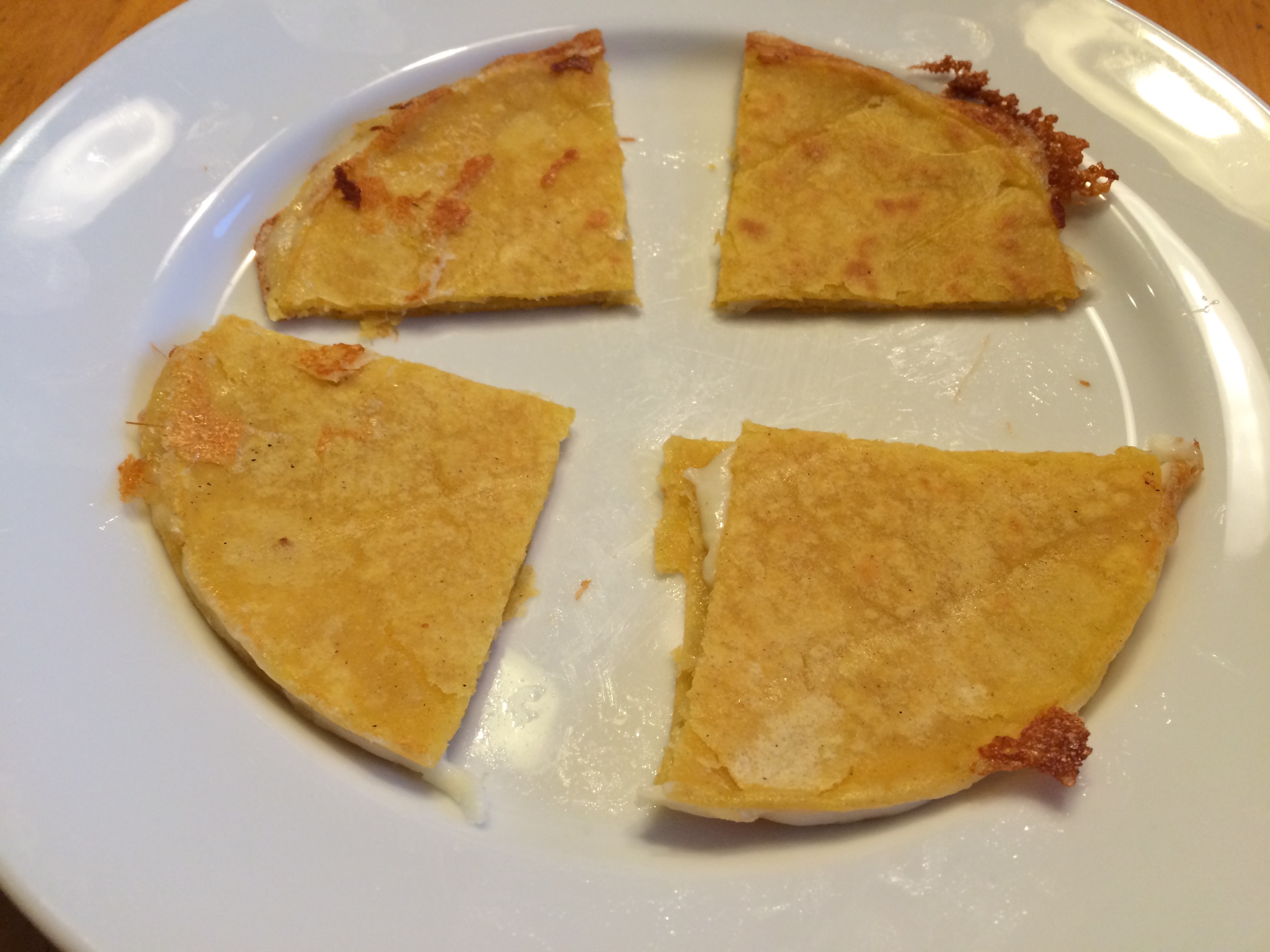 This super easy and delicious meal is a great way to use up the extra tomatoes from your garden.

Directions: put everything into a blender. You may have to work in batches. Cover with plastic wrap and chill in the refrigerator for at least an hour. Plate, drizzle with olive oil. Serve chilled with a few cocktail shrimp and toasted bread.

My opinion:
This is delicious. Wonderful on a hot summer evening.