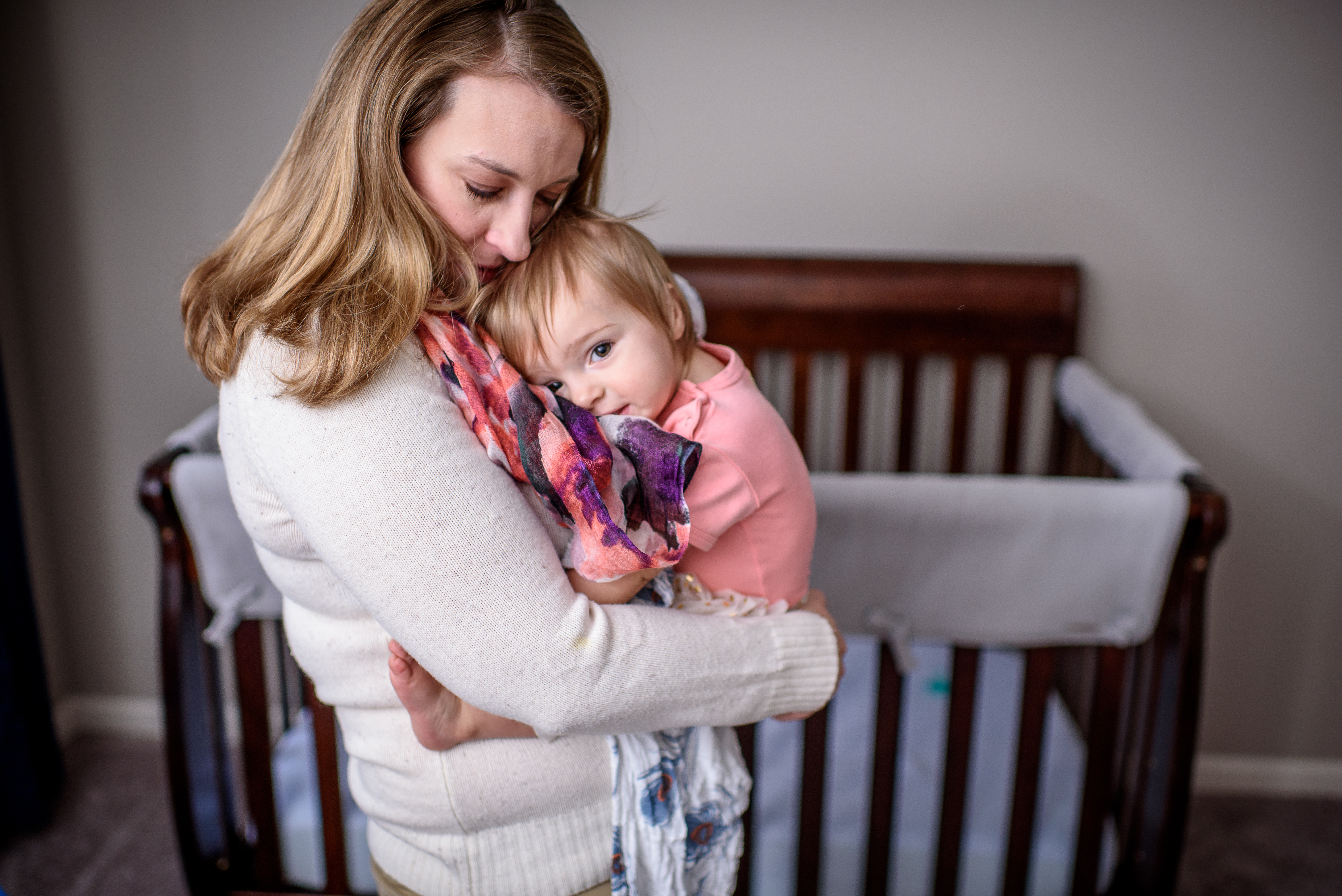 Thankfully, a lot has changed in 16 days since I last wrote this post. 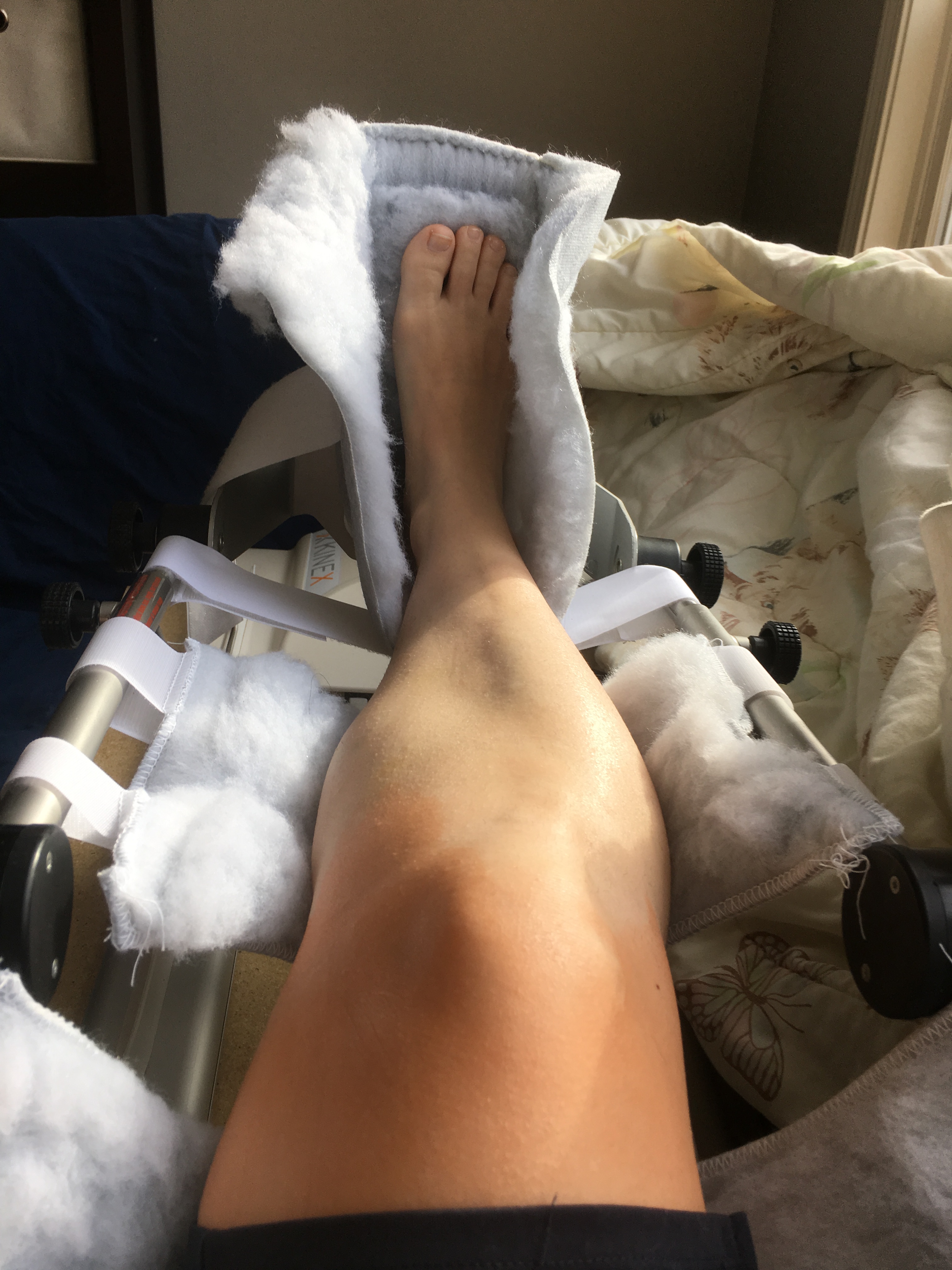 I’m writing this from the comfort (if it can be called that) of a CPM Machine while A home sick from school with a fever and a cold should be napping. Instead, she’s been hanging out in her crib singing and playing for the last 20 minutes. Two months ago, she would have been screaming. 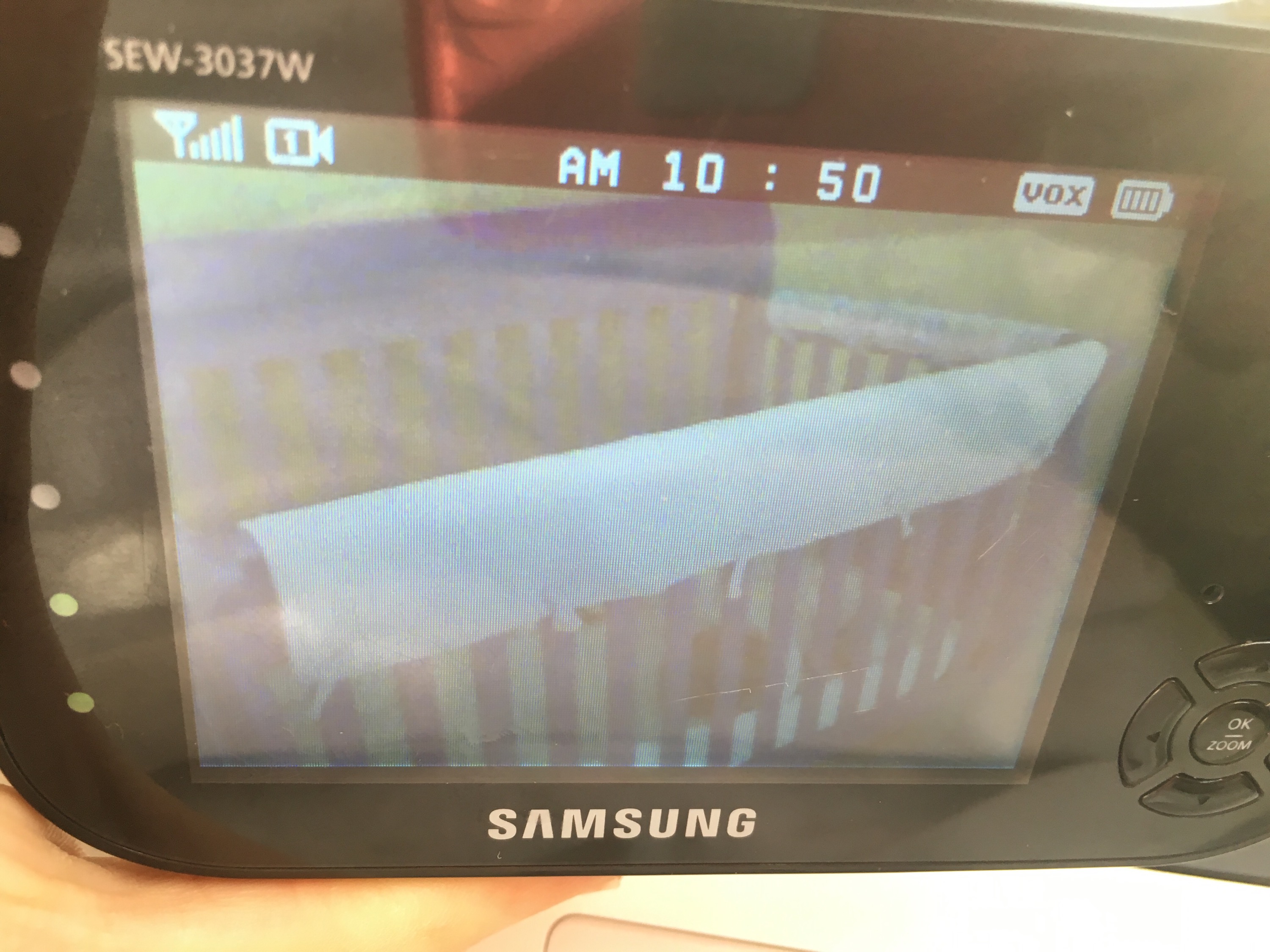 Once A was feeling better and was on whole milk bottles during the day, we started re-implementing the Express Sleep Plan with the ultimate goal of her waking up and needing comfort one or less times a night.

We were making very good progress. Until on November 24, she realized she could throw all of the blankets and all of the pacifiers out of her crib when she was mad. I’m sure it made her feel temporarily in control, but once she realized all of her comfort items were now out of her reach, she became even more upset.

Starting on November 25, we limited comfort nursing to once a night. I would still go in if she cried for more than 10 minutes (or threw all of the blankets out). Within about two nights, she make the transition.

But then she started throwing out her blankets and pacifiers even more. That’s when we added a total of five pacifiers and three blankets to her crib at night. The only catch was keeping her distracted enough at bedtime not to throw them out for us to retrieve. By December 3, we had significant progress.

Which was great, because I underwent surgery on December 4. J and I were concerned with not only how she would do with mommy out of commission for a bit, but mostly with how the nights would go. Luckily, we had started transitioning the nighttime routine to be mostly J centered. Turns out that night she slept straight through the night!

Since then she’s averaged waking up just once a night, even though she’s had a terrible head and chest cold.

We know sleep will always be a work in progress with A and we will always have to monitor her sleep and schedule, but knowing we have a plan that works makes us confident. Even when she isn’t feeling well, we can make sure she gets the rest she needs. 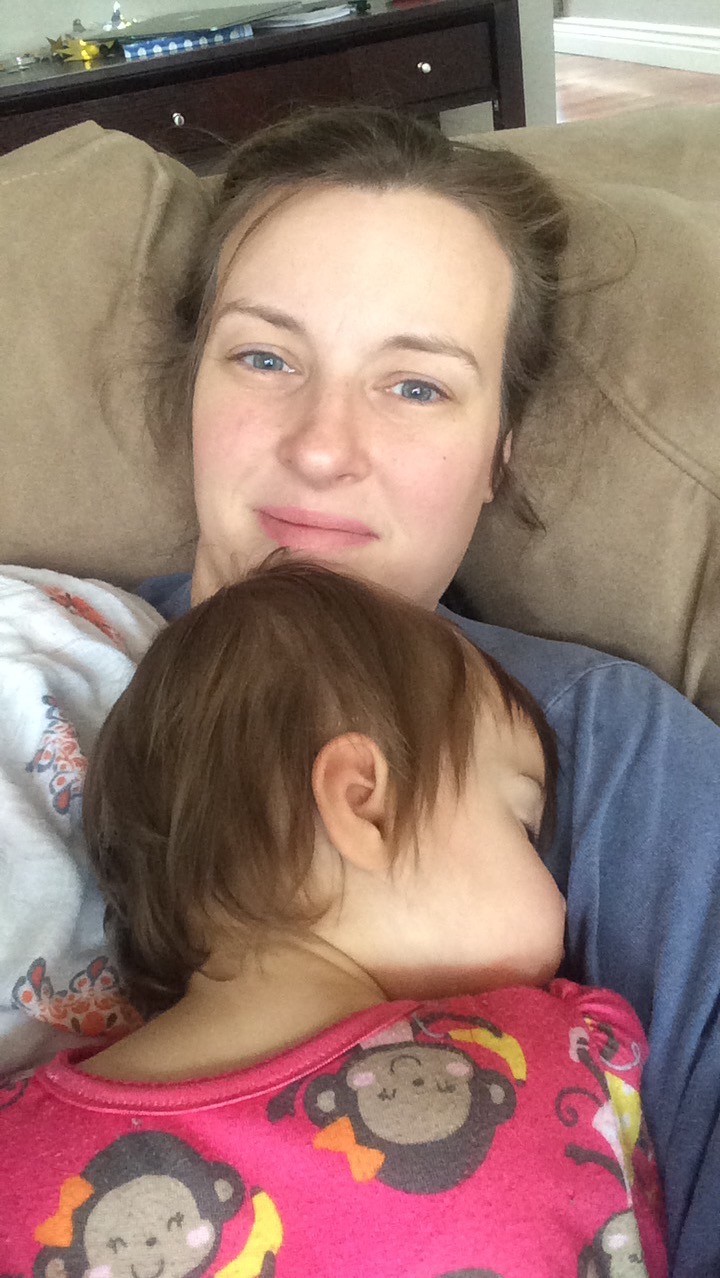 I was so excited after the first few weeks with our Express Sleep Plan from the Baby Sleep Site. Things were finally moving in a much more manageable direction. But then as usual, life happened.

We moved into our dream house and of course expected sleep regression. The house was filled with new sights, sounds, smells and was probably pretty unnerving.

I figured we would go back to the flexible part of the plan and see what happened. Less than 24 hours after we arrived at the new house, Baby A got sick. Really sick. Emergency Room sick. Luckily this time she was stronger and the pneumonia diagnosis only meant staying in the hospital a few hours instead of five days.

Because she was so miserable, it meant any sleep training was out the window. We regressed back to at least three wake ups and snacks a night.

The our family took another very unexpected blow when my father in law died. It was devastating.  Baby A, J and I relied heavily on the support of our family and friends for the next few days.

A week and a half after the move, I got walking pneumonia.

In truth, it’s been a downhill slide ever since. I feel awful about letting A cry, especially when she starts to go hoarse. I’m terrified I won’t hear her crying, so I don’t sleep very deeply.

It’s taken a lot of energy for everyone.

I had hoped Baby A would be well and we could start the process over again, but the germs just keep coming. Her congestion got so bad, for a few days she could only comfortable sleep on J or I.

Plus, she’s getting smarter. Last night, she threw her coveted blanket out of her crib more than a few times.

She gets so mad and desperate for comfort that she angrily throws the very things she wants (pacifier, blankets, comfort square) out of her reach. Then J or I have to get them and try to calm her down.

There’s a looming deadline of Dec. 4 to make some progress or at least make enough progress that J can handle things on his own.

Wish us luck and good health! 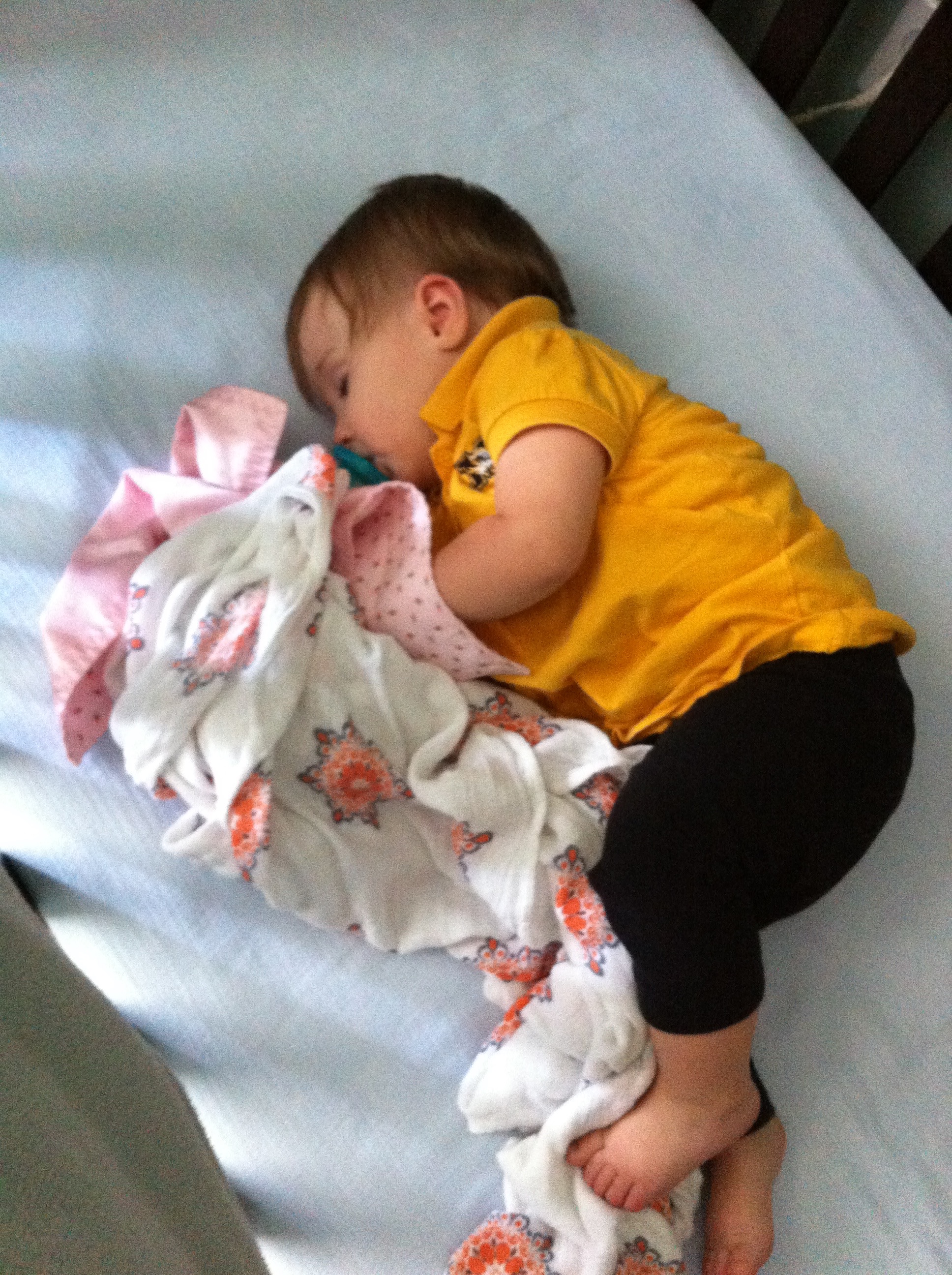 The idiom of sleeping like a baby means you had untroubled sleep and no worldly worries to keep you awake. It does not mean you slept through the night. I would love to know where this colloquialism began and introduce them to our dear Baby A.

Then she started teething and it was a downhill slide. Before we really knew what happened I was sleeping with her on the nursery floor and up with her every hour. She was hungry and tired and generally cranky. I was a zombie. 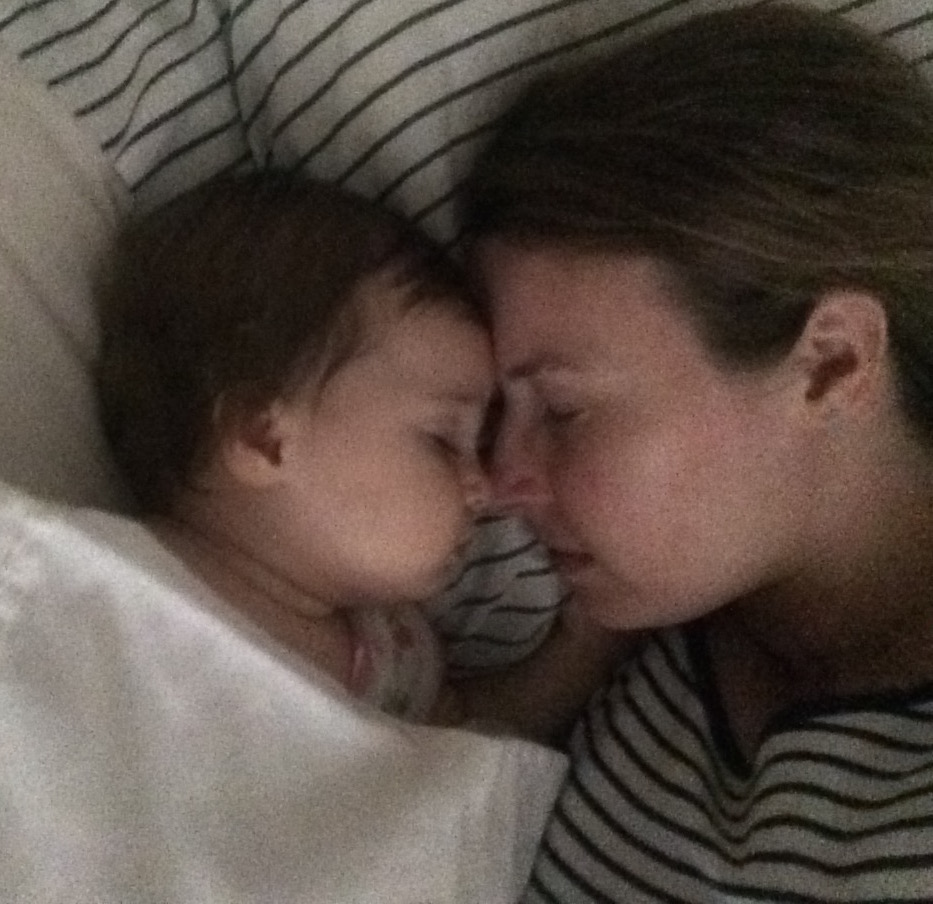 I went to the library and checked out every recommended book. I spent what time I could between working, caring for A and not sleeping reading the books. All of them emphasized a going to bed routine and a strict daily schedule that was geared toward women who were home with their babies during the day (Thanks for the extra guilt sleep experts!).

Those weren’t the issues! She was going to bed well and even when she did fight it, she went to sleep in less than 30 minutes from the time we started bedtime. Plus, she’s at school which means she’s on a schedule and since she wasn’t sleeping, it seemed counter intuitive to continue to add to her sleep debt and overtired state.

Most of the books recommended some version of Cry It Out. (Note: I’m not for or against cry it out. I strongly believe every family makes the best choices for their child and for some this is the best option. For others, it isn’t. I’m not going to debate this.) With A, CIO didn’t work for us. She’d get so riled up and mad that she was mad and crying that she’d eventually throw up. Given her other issues, very quickly this became a non-negotiable, not-going-to-work for us option.

We got a recommendation from her pediatrician and started implementing the plan, which put a lot more work on J and seemed to be helping, only to be foiled by the Fourth of July neighborhood festivities on July 3, 4 and 5. It was a nightmare.

She was miserable, I was miserable, J was miserable. We kept hoping she would grow out of it or that something would click and she would realize that sleep is essential for everything. In the mean time, she’d learned to walk, babble constantly and bounce. She was on the move and expending more energy.

The week of Sept. 20 was a new low for all of us. Baby A was sleeping on the floor in the office with me and while she wasn’t eating all night like she used to, she was getting up at least four times a night. But I was conscious enough to notice that as she stirred, she would start to spin around while sill asleep and then sit up, still mostly asleep. She would fold herself in half a few times to try to go back to sleep. 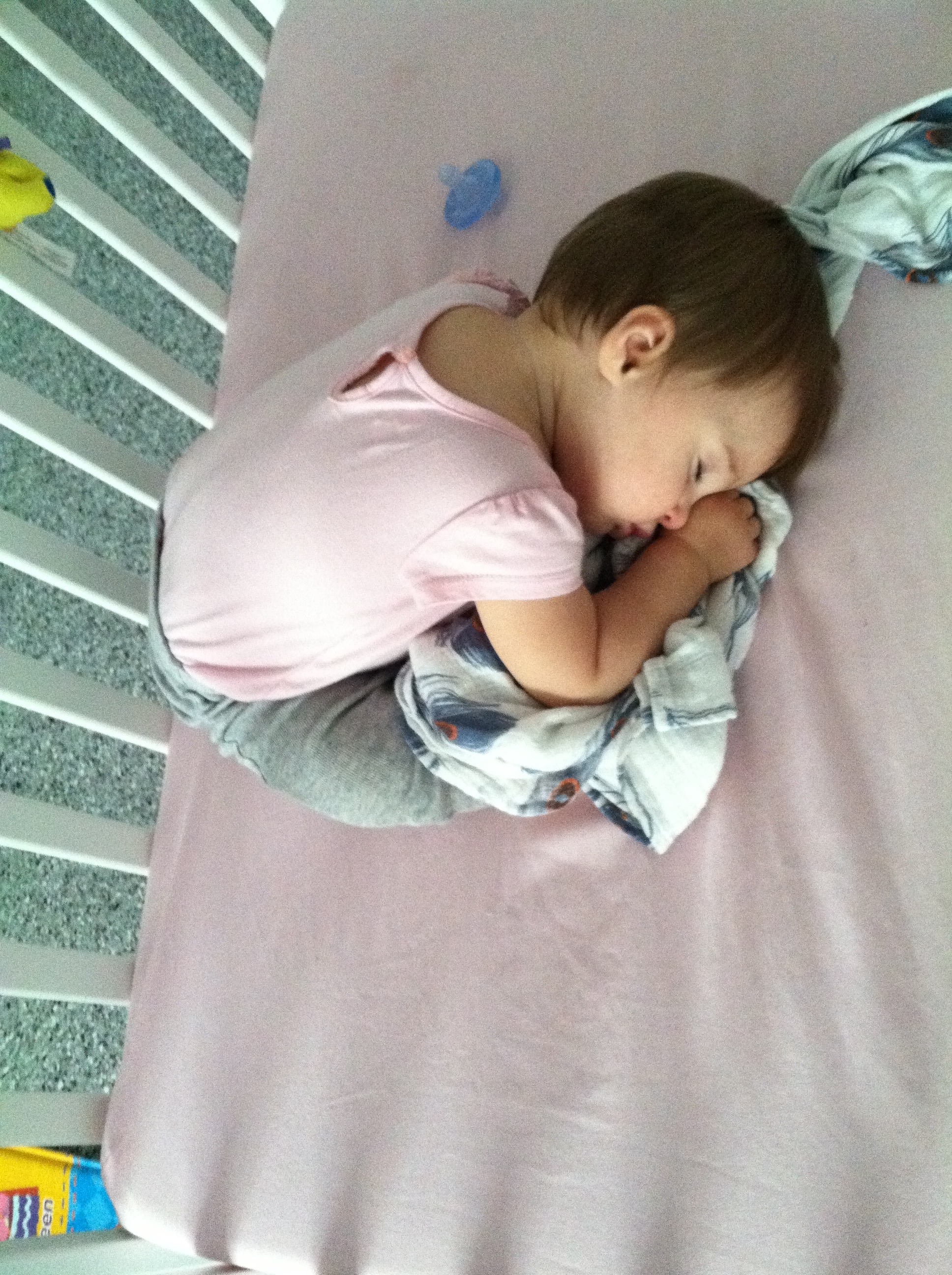 When that didn’t work, she would stand up and cry. Since I was next to her, I could cuddle her before she would normally stand up. Intervening at that point meant she slept for longer periods. This was a lightbulb moment for me. It meant she wanted to sleep, but wasn’t able to stop herself from sitting up and ultimately standing. In other words, she was standing before she was awake and then upset because she was standing. 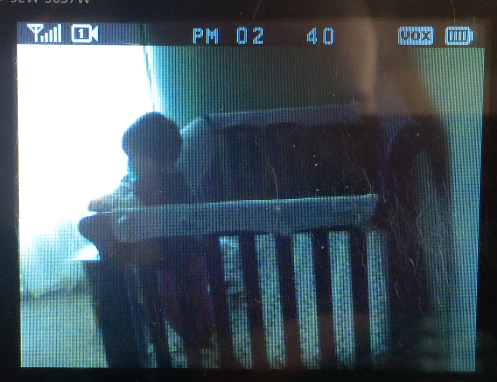 Two weeks ago, on Sept. 25 I caved and bought an Express Sleep Plan from The Baby Sleep Site. I’d done a lot of research and this seemed like a good starting place for us. The initial investment was only $49, less than a dinner out. I was nervous and concerned that it would be like all the other recommendations and either impossible to implement or would force us to start weaning her (which we can’t do for health reasons at this point).

With my first log in, I stopped being concerned. The questionnaire we filled out asked questions specific to A and allowed us to include her school schedule (bottles, food, naps) and her nursing schedule for consideration. Only after seeing our specific plan, did I realize implementing this plan would make things go smoother at school for her and her teachers! As everyone espouses, babies thrive on routine.

That night we put the plan in place. She went to bed as usual, but now that I had a definition of awake but drowsy, I put her in her crib earlier than I typically would and started implementing our specific sleep phrase.

Directly from our sleep plan, “It is important that she is awake enough to know she is going down in the bed and that the actual process of putting her down isn’t waking her up, but rather, she is already awake. In general, we want her eyes open as she goes into her sleep space, since this rules out her being too drowsy. If you are questioning whether she is too drowsy, it is always better to err on the side of being more awake, since this allows more learning opportunities.”

She went to sleep easily that night and for a few hours slept soundly. Plus, I now had an actionable plan that I could turn into a checklist, complete with if/then statements so J could be an active participant.

I called my parents after putting her down and my dad said, “Best $49 you’ve ever spent.” It was as true that night as it was last night.

In just two weeks, we went from A being up four times a night to just two. In the last two days, we’ve moved her wake up time from 5:30 a.m. to 7 a.m. at the earliest. I’ve gotten at least one solid REM Cycle for two nights in a row. Last night was a record, I slept from 11:39 p.m. until she got up at 1:57 a.m. It’s not quite the five plus hours at a time I used to get, but after 15 months of little sleep, it’s pretty amazing.

I am confident using this plan, we will continue to make progress. She is already waking up happier and her naps at school are starting to get longer.

Now, our next hurdle will be the time change. Wish us luck!