I love Panera breakfast. But I never seem to make it to the local Panera in time for the Baked Egg Soufflés. Either they’re sold out or it’s past breakfast time. This caused me to have to find a way to make them myself at home. I found Todd Wilbur’s copycat recipe for Spinach Artichoke Baked Soufflé and knew I had to be close.

Directions:
Preheat oven to 375F or the package directions. Mix 3 eggs and milk in a large plastic or glass mixing jug until well combined. Egg yolks should be completely broken and mixed in. Add shredded cheese, salt and mix again until thoroughly distributed throughout the egg mixture. Microwave the egg mixture in 30 second increments on high, stirring after each increment until you have a sort of solid, slightly runny scrambled egg mixture. FOr us it took three rounds of 30 seconds. Once cooked, add diced ham, salt and black pepper, stirring through the egg mixture so evenly mixed throughout. Set aside. Sprinkle a clean surface (like a cutting board) with flour, and unroll the crescent dough. Do not separate the pairs of triangles. Instead, pinch with your fingers along the seam so that 2 triangles become 1 square of dough. You will only use 4 out of the 8 triangles included in the tube of dough. Set aside leftover dough, do not discard or pinch together. Flour the square of dough on both sides, and a rolling pin. Roll out the dough, turning dough once clockwise after each roll. Always roll in the same direction, directly out from yourself, until you have a square. Melt about a tablespoon of butter in the microwave. Brush melted butter inside two 4″ ramekins, and then carefully line each with the 6×6 square of dough, leaving excess hanging over the edge of the ramekin. Fill each ramekin and dough with equal amounts of egg mixture. Sprinkle with more cheese, if desired. Fold dough over the egg mixture so it is no longer hanging over the sides of the ramekin. Break and whisk the remaining egg, then brush over dough in each ramekin. This will give the dough a golden color and shine as it bakes. Place ramekins on the center of a baking tray. Bake for 15 minutes. While the soufflés are baking, roll the remaining crescent dough to package directions. After 15 minutes, remove tray from oven and place the spare rolled crescents onto the baking tray around the ramekins. Return to oven and bake for 10-12 minutes more, until the souffles are golden brown and bubbly, and egg appears to be solidly cooked. The remaining crescents may need a few extra minutes, so remove the ramekins from the tray and return the tray to the oven, if necessary. Allow the soufflés to cool for approximately 5 minutes. You may eat the soufflés directly in the ramekins, or remove them and serve on a plate. They should remove easily since the ramekin was brushed with butter.

My opinion:
So close! While time-consuming, I will probably make these every once in a while and again on special occasions. However, be warned, you aren’t saving any calories by making this at home. 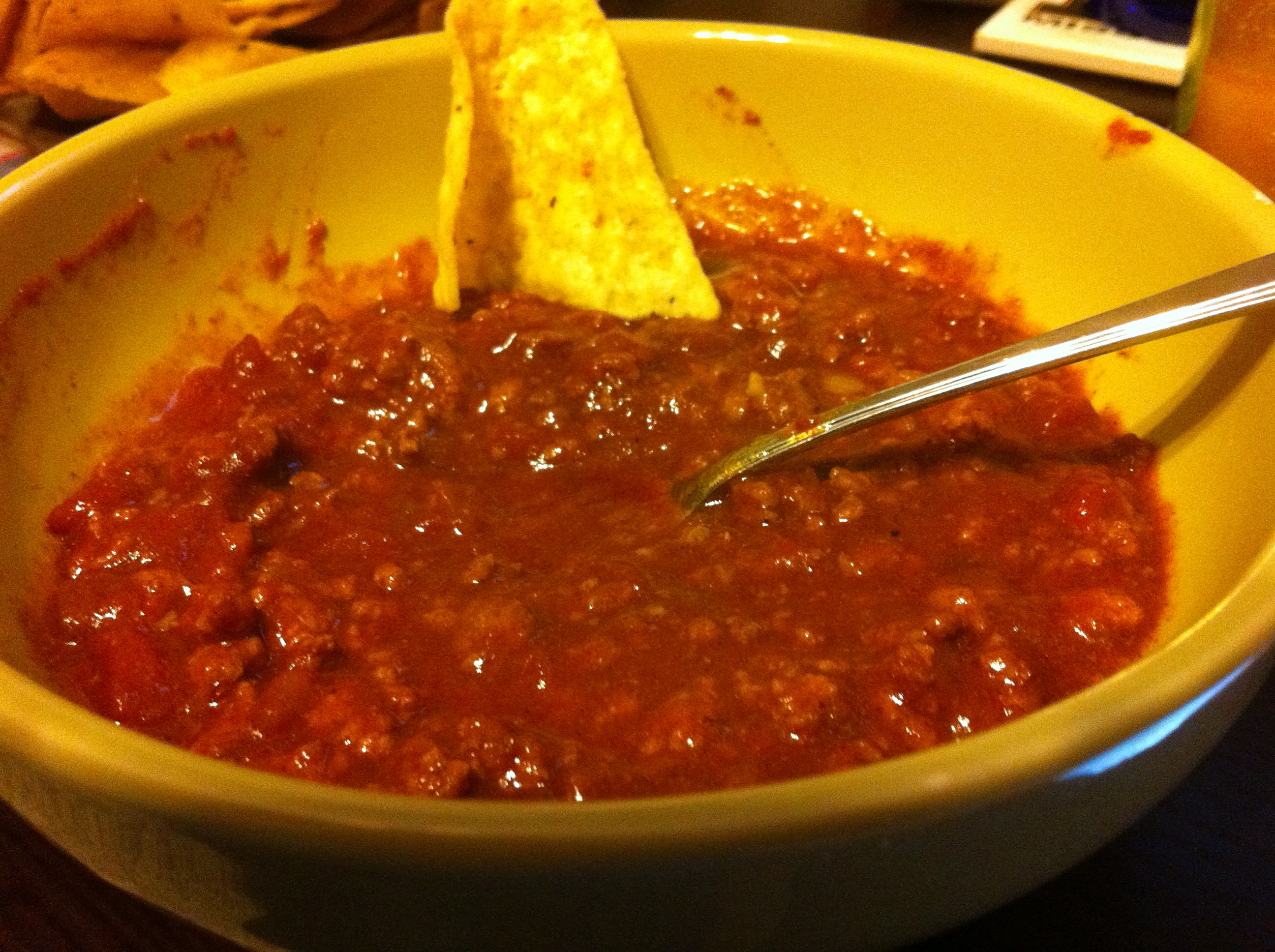 With the frigid temperatures and nearly two feet of snow, we made a lot of soups this week. One of our favorites and one of the easiest is chili. At our local Schnucks, they have Cookwell & Company All Natural Texas Two Step Chili Mix. It smells heavenly in the jar. We combine it with a pound of ground beef to make the most amazing chili.
Print Recipe Pin Recipe

My opinion:
J likes to add some cayenne pepper to give it a bit more spice. He also adds some lime juice and shredded cheese, but even without the additions, the chili is delicious. If you wanted to bulk up the vegetables you could add an onion and peppers.
Tried this recipe?Let us know how it was!