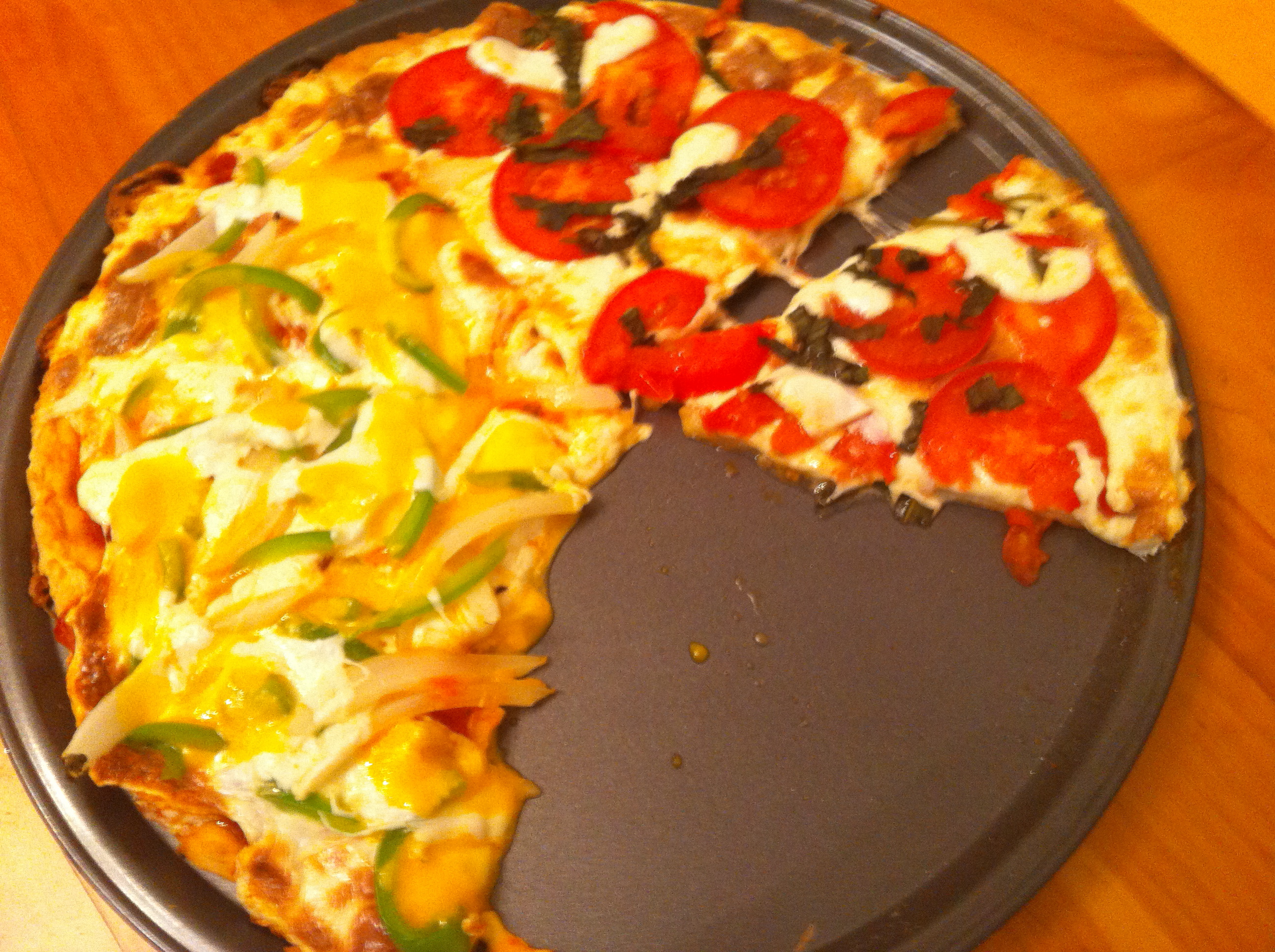 On our second try with homemade pizza, we did better than the first. It will still need some tweaking, but all in all, I would eat this meal again.
Print Recipe Pin Recipe

My Opinion:
In the future, I would add some spices to the crust. At least garlic and oregano. I would also bake the crust alone, plain, until lightly browned before adding the toppings. It was a little chewier than I like this time. Additionally, I would reserve a little more cheese to help the toppings stay in place.
Tried this recipe?Let us know how it was!