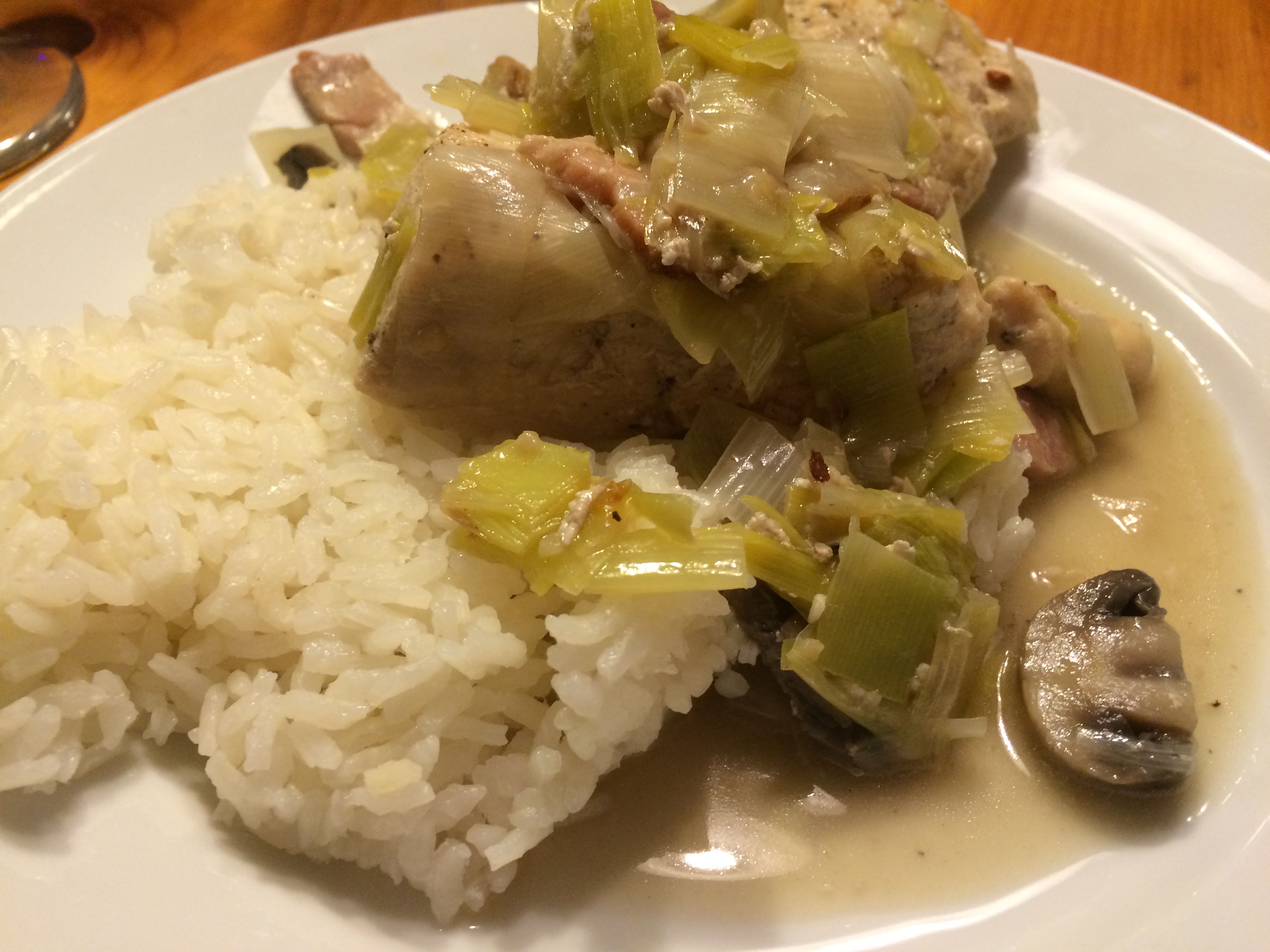 Now that we’re getting more comfortable with the No Six Diet restrictions, we are also getting a little more adventurous with adapting recipes. J bought some leeks for another recipe we scrapped and we weren’t entirely sure what to do with them. Luckily, my mom was visiting and suggested a chicken and leeks dish that she’s made several times. It turned out perfectly!

My opinion:
I couldn’t get enough of this dish! I wished there was more!

p.s. Summer 2016 update: Our toddler likes this dish! If we’re making it to eat with her, we use a little more chicken broth and a little less wine.