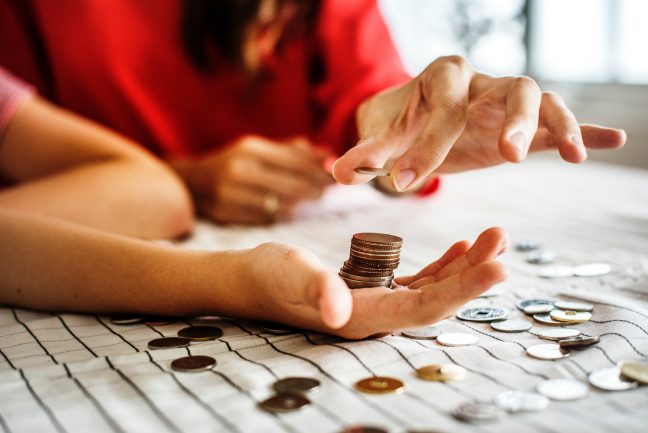 Sometimes it takes a little restriction to make you think about where you are spending your time and resources.

We’ve chosen to implement a no spend January to get our finances back on track after the holiday season. It works for us in the same ways Dry January and January Clean up works for others.

This is the second time officially going spending free for a month though we have gone for zero spend days and weeks in the past. There are lots of tricks and tips I’ve used to make it just as fun as our regular spending months. A new challenge this year is the four-year-old is well aware that we aren’t eating out in the same way and she’s not getting extra surprises, so we’ve had to do a lot more talking about budgets and expenses and needs and wants this time around. She’s learning about delayed gratification and we are relearning that right along with her.

The following are the “rules.” Of course, these are flexible to meet your needs.

You can spend money only on necessities:

You aren’t spending money on:

We use what are now the extra funds to pay down some debt (I still see you student loans, more than 10 years later) and save for our planned activities later in the year. Knowing the extra amounts have a home makes it a little easier and a bit like a game to see how much we can add to these two buckets in a month.

Though our daughter is disappointed we aren’t having the occasional meal at her favorite play place or beloved restaurant that share a name with her favorite Disney Junior character, she is thoroughly enjoying newly created movie nights at home and making the regular dinners special by eating by candlelight.

We aren’t adding extra things to the grocery cart and are trying to stick to a decreased grocery budget. When the inevitable whining about not getting to add something to the cart or getting to go out to eat happens, we are talking with her about how we are working to save money for fun things we have planned later in the year. That we are saving and saving is as important as spending. More importantly, that sticking to a budget can be fun!

Ten days in, how are we doing?

Confession, we’ve done better in the past. J had a work trip and had to spend extra on meals while he was traveling. Some of this will be reimbursed but some of it won’t. I caved on an 80 percent off sale at our local craft store to make this special snowflake wreath craft. 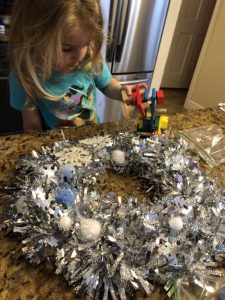 BUT in this specific situation, I sold a light fixture on a local Facebook swap and am still ahead about $10, so that’s a win!

We saved a golden ticket for a free meal at a restaurant and used that to celebrate a milestone event. It was fun going to a place we don’t usually go to. We did pay tip so the leftover $10 went to that but it still means aside from the necessary expenses and J’s trip, we’re meeting our goals.

We’ve learned in the past that no spend months lead to less spending in the next months as we are all better able to articulate is this a want or a need and the art of delayed gratification.

Are you doing a detox in an area of your life? Let us know how it’s going! I’ll update on our no spend after January 31!