After Stitch Fix reached out to me about my last fix, I was more than willing to give them another chance. While the stylists don’t really seem to read the feedback and review notes prior to putting my fix together, the customer service team is spot on.

I was cautiously optimistic in this fix. I was initially disappointed in my stylist’s letter. I requested jewel tones and saturated colors. I asked for clothes that would fit my shape and said only sweaters and dresses in this fix. 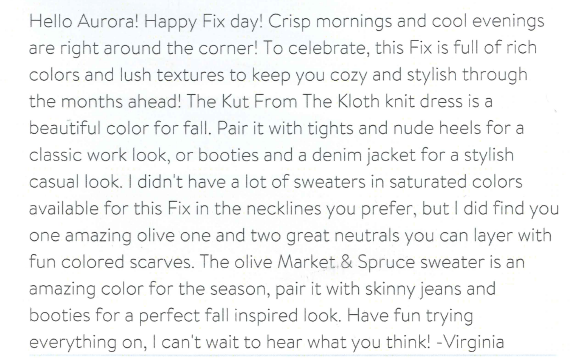 I received a black and white sweater, a grey sweater, an olive sweater, a navy dress and a purple dress. For saturated jewel tones, only 2/5 items fit the bill. 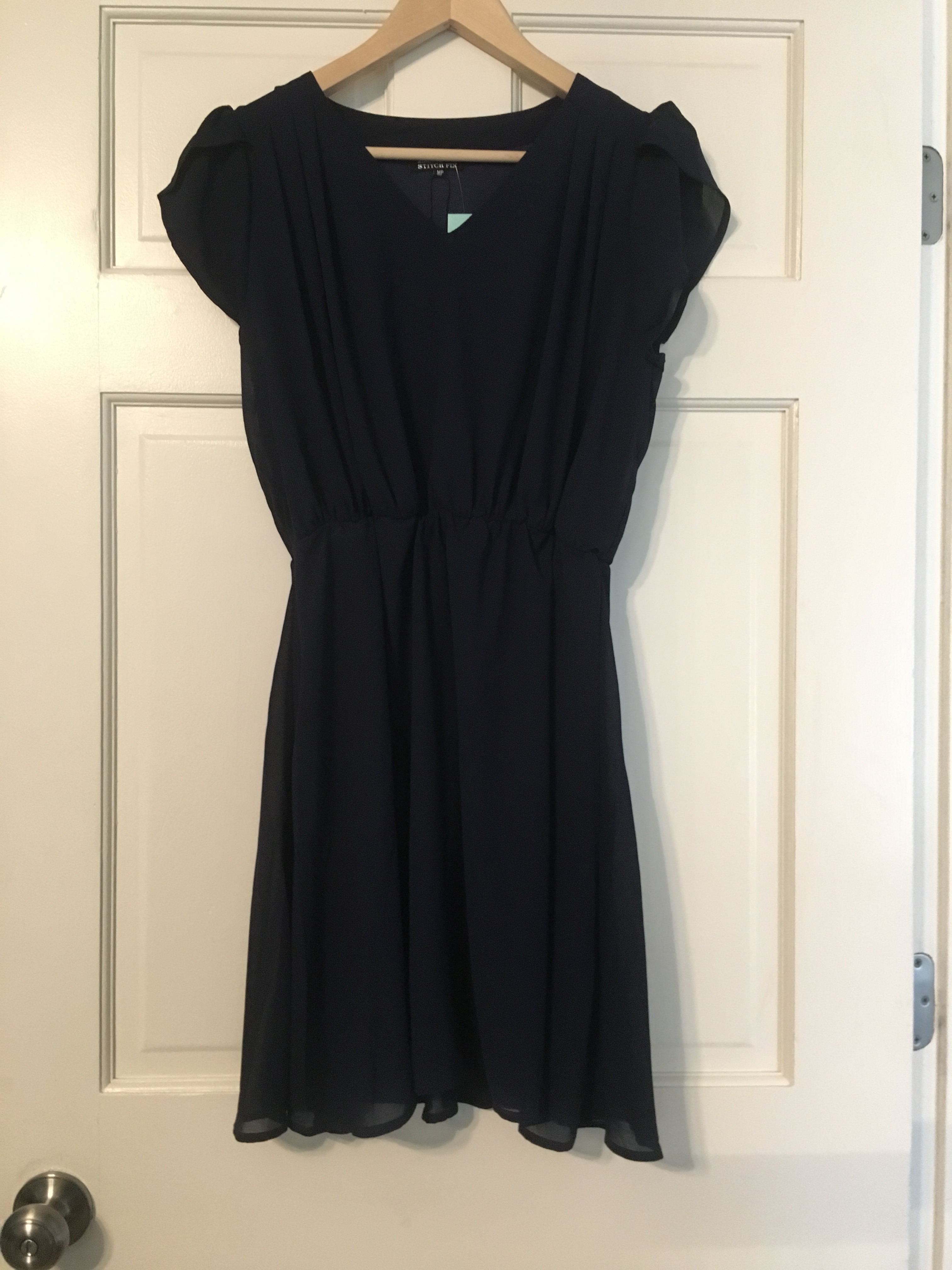 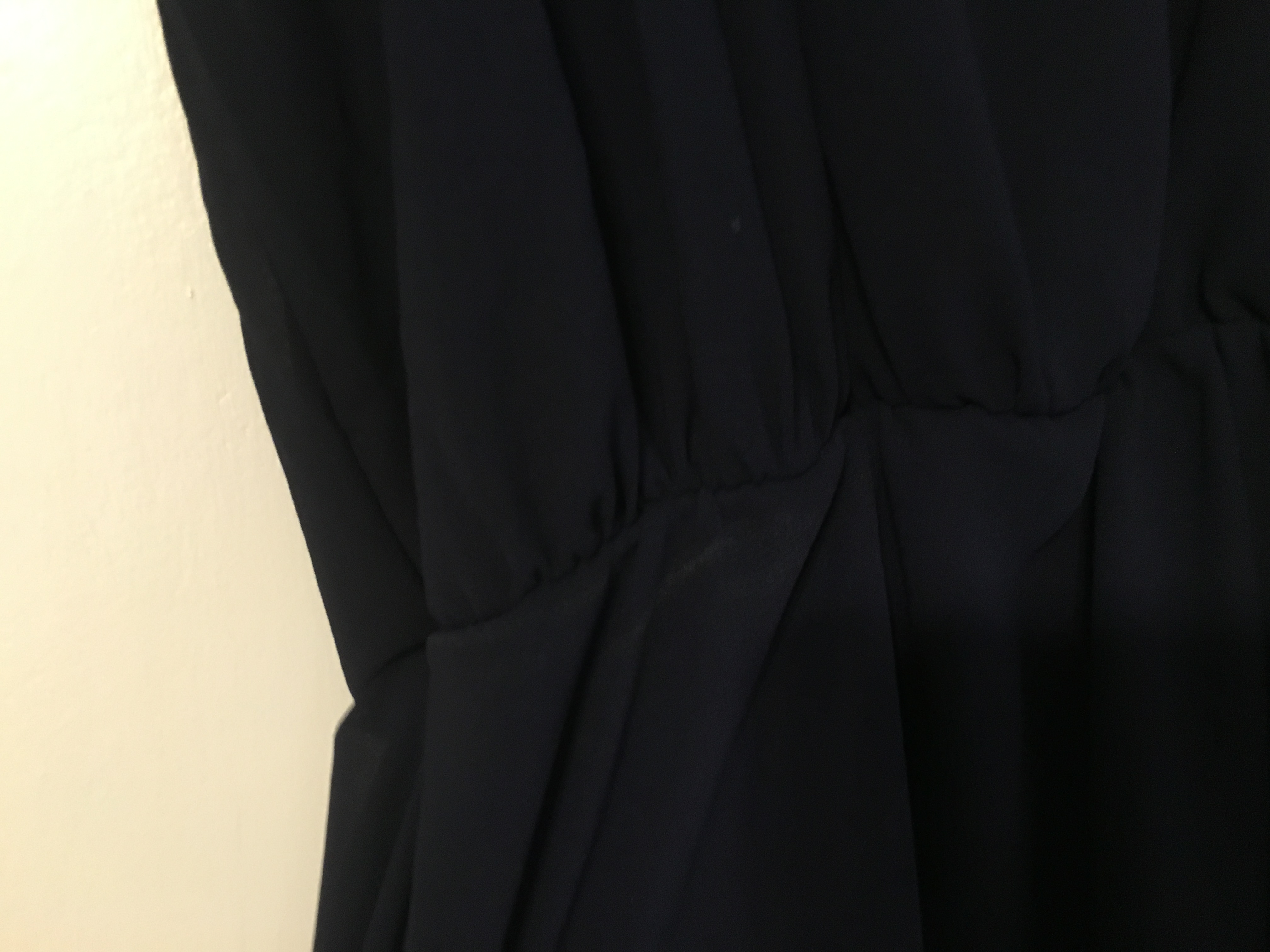 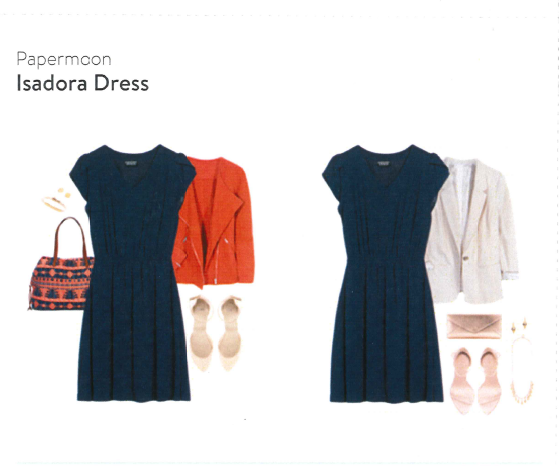 My Opinion: This dress gave me hope. It was a Medium Petite, which meant the stylist at least acknowledged I was short. It looked awful. Frumpy and just like I was wearing a bag. The waist was not made for someone of my shape and size. I was really disappointed. The only thing I rally liked was the flutter sleeves. The rouching depicted in the look suggestions was completely hidden on the dress.
Verdict: Sent back. 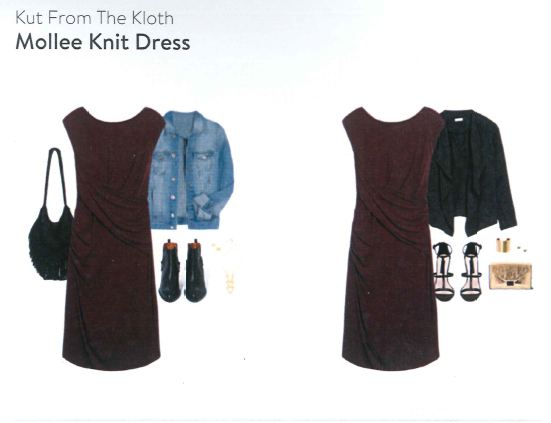 My Opinion: I already have two dresses in a deep plum color. Obviously, I like the color. This dress was again rouched in all the wrong places. It was too long (not in a petite size) and didn’t hang well on me at all. While the dress met the jewel tone requirement, it did not meet any of the other fit and style requests.
Verdict: Sent back. 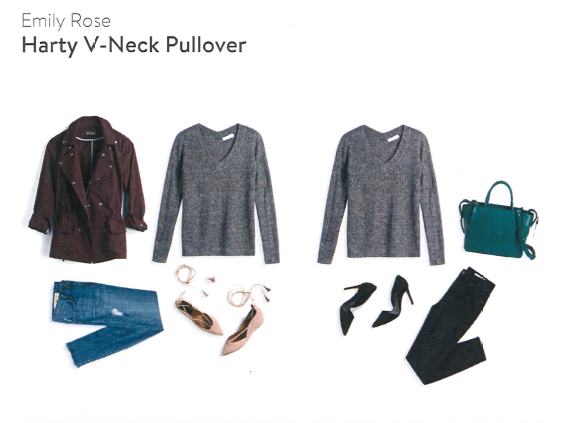 My Opinion: I REALLY wanted to like this one. It wasn’t as soft as the others and the texture is much chunkier than I usually go for. I took the full allotted three days to think about this one. I was leaning pretty heavily toward keep until J pulled out three other sweaters from my closet that looked nearly identical and were softer and a but longer. This one was a bit short on my frame.
Verdict: Debated, but sent back. 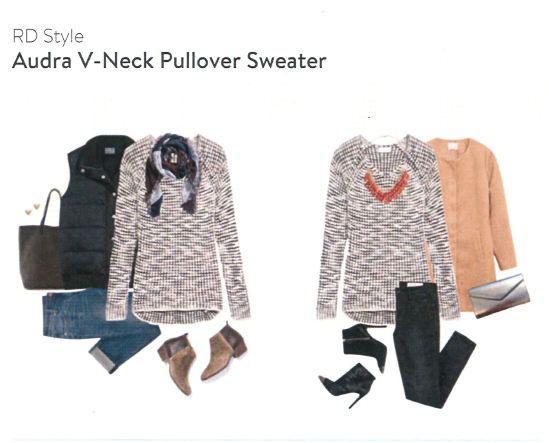 My Opinion: In theory this sweater is beautiful. It seems to photograph well. On me, it looked awful. The shoulder threads hit at the wrong places, the v looked pulled (even worse than it did in the photo above) and it was too long and too short at the same time.
Verdict: Sent back. In fact, this was the first item back in the return bag. 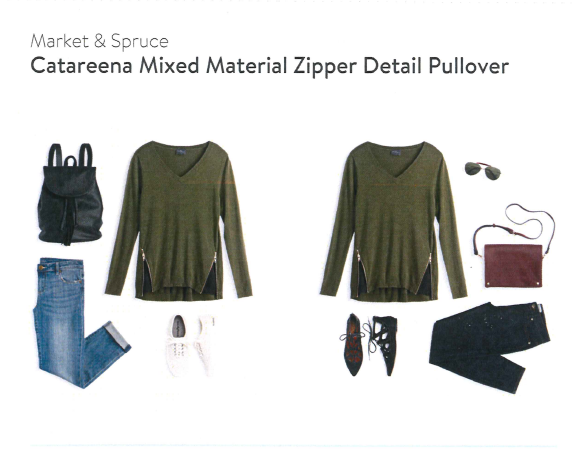 My Opinion: I don’t mind the color olive (Not just because it looks ok on me but because AXΩ), but the zippers could not have hit at a worse place. The overall length was good, but the zippers accentuated my shape far more than I would ever be comfortable with.
Verdict: Sent Back. I tried this on four separate times just to make sure, though. The last time I couldn’t get it off fast enough.

Final thoughts: I’ll give a box of shoes one more try to see what happens. Unless a petite specific box comes along, I doubt I’ll try the clothes again.